Today, confectionary giant Mars, Incorporated is launching its first vegan milk chocolate bar in the United States under new brand CO2COA. The brand was developed in partnership with food-technology company Perfect Day, which supplies Mars with the animal-free whey it uses in CO2COA’s debut vegan milk chocolate bar, a functional ingredient that gives it the same creaminess as its popular core products, which include Dove, Milky Way, Snickers, and M&Ms.

“For more than 100 years, Mars has been driven by a belief that the world we want tomorrow starts with how we do business today. This is the very belief that is at the center of everything we do. It is woven into our DNA as a family-owned business,” Chris Rowe, Global Vice President of Research and Development at Mars Wrigley, said. “At Mars, we are driven by an obsession to bring great experiences to our consumers and we believe the best way to delight our fans is to never stop exploring and innovating with new tastes, ingredients, and packaging.” Rowe introduced the new vegan chocolate bar as “the world’s first animal-free, lactose-free, planet-friendly chocolate experience we’re calling ‘CO2COA.’”

Perfect Day is a leader in the precision fermentation space and makes its animal-free whey by introducing a protein blueprint to microflora that then take the place of a cow in producing a functionally identical protein to dairy milk. Mars uses this nature-identical milk protein to craft its new CO2COA bars, which are less resource intensive than dairy milk production. Created to help Mars reach its climate goals of net zero across its value chain by 2050, CO2COA—a portmanteau of “CO2”  and “cocoa”—chocolate bars produce about one third of the greenhouse gas emissions made by Dove bars and are packaged in environmentally friendly wrappers.

“This first-ever offering is designed specifically for people who crave the silky smooth chocolate taste from Mars while also leaning into the flexible dietary trends that consumers are embracing more and more everyday,” Rowe said. “Our partners at Perfect Day are leaders in technology and innovation when it comes to rethinking food with the planet in mind.”

Mars’ new CO2COA vegan chocolate bars will be available to order at a cost of $2.39 per bar through the CO2COA brand website. The company is launching the chocolate bar through this channel first to gain feedback from consumers, which it will use to inform a potential greater product line and retail expansion.

Mars released its first vegan milk chocolate line in the United Kingdom in 2019 under its Galaxy brand—which is similar to Dove stateside. This line relies on hazelnut paste and rice syrup instead of dairy milk for creaminess. For its first US vegan chocolate bar, Mars partnered with Perfect Day to bring something entirely new to market. One major differentiator, Rowe said, is that Perfect Day’s functional animal-free milk protein lends the chocolate bar a “silky smooth.” 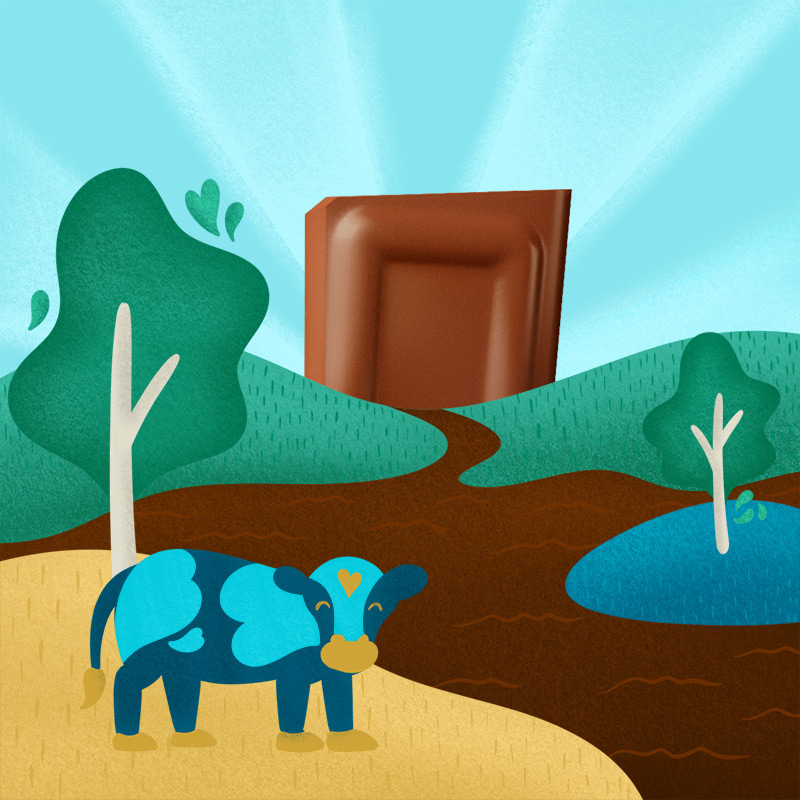 The CO2COA chocolate bar is also coming to market after approximately one year in development, a short time for a large company like Mars. This can be attributed to several factors, including that Perfect Day’s animal-free whey was developed to seamlessly plug into existing supply chains and manufacturing channels, without the need to develop specialized processes or systems.

While Mars is focusing on a simple chocolate tablet as the first product under the CO2COA brand, Rowe says that having worked with Perfect Day, Mars sees a potential for using its animal-free whey in a variety of ways. “For us, it’s about getting CO2COA into the hands and mouths of consumers and really getting that feedback from consumers to understand how they will respond to that,” Rowe told VegNews during the conference. “Obviously, as we look at the rest of the portfolio, we will always be looking and saying ‘how do we continue to evolve our brands and products to conform to the tastes that consumers are expressing to us. It’s something that we will always keep an open mind about where we are bringing this technology. But at the moment we are focused on the CO2COA launch to get those learnings and understand consumer response.”

While Perfect Day-powered vegan Snickers bars and M&Ms are not immediately in the pipeline, Rowe is excited to introduce chocolate-lovers to CO2COA’s first chocolate bar. “I think a lot of people in the world are going to love this,” Rowe said, revealing he has been enjoying CO2COA bars for a few weeks. “We expect that this will be a long and fruitful partnership with Perfect Day.” 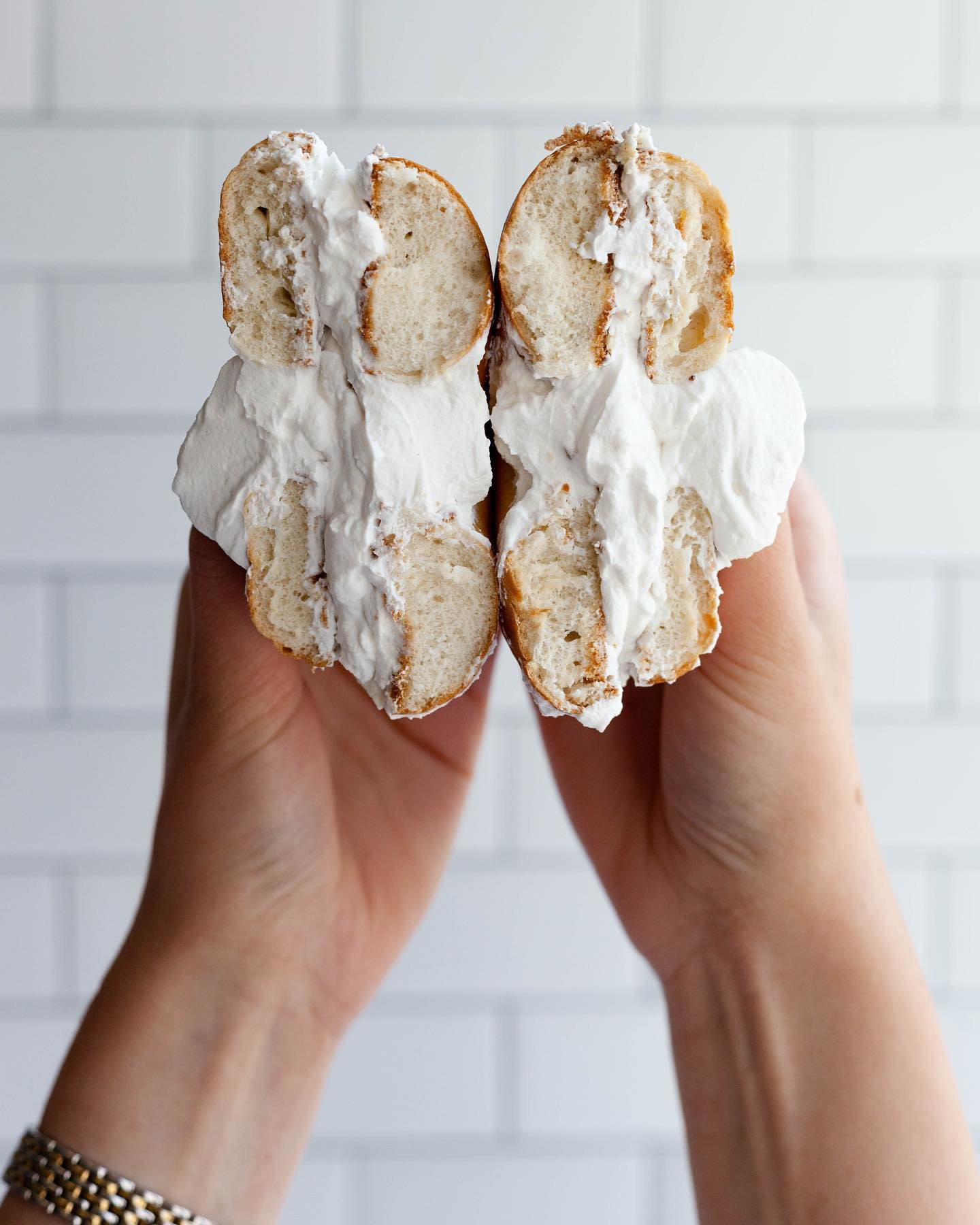 Whenever he talks about the origin story of Perfect Day, co-founder and CEO Ryan Pandya refers to a horrible experience he had with a bagel slathered with “terrible” vegan cream cheese back in 2014. It was this ill-fated bagel that sparked his desire to create something that would revolutionize the dairy industry by taking the cows out of production while maintaining the indulgence of dairy products.

“The goal here was to be able to create a more sustainable, kinder, greener way for the world to create the products that we all love,” Pandya said at the press conference. “And we’ve been able to do that.” About the Mars partnership, Pandya says that the CO2COA bar, while delicious, is “remarkably unremarkable”—meaning that it matches its dairy counterpart in all ways that matter with less environmental impact for future generations.

Since first launching its animal-free whey as part of a limited batch of ice cream pints, Perfect Day has demonstrated that its technology can indeed replicate dairy, in every dairy-forward product without the need to exploit cows. Perfect Day operates a multi-pronged business model, working as both a supplier of animal-free whey to existing and emerging brands and foodservice providers and as a producer of its own consumer packaged goods under its The Urgent Company (TUC), which it founded last year in partnership with dairy industry veteran Paul Kollesoff.

TUC—which recently acquired ice cream brand Coolhaus—has released a variety of goods, including cake mixes and ice cream made with animal-free whey. One notable brand under the TUC portfolio is Modern Kitchen, a vegan cheese brand that launched with cream cheese last year. Perfect Day is also behind General Mills’ first vegan cheese brand Good Cultr, which also unveiled animal-free cream cheese last year. All of this means that Pandya, and everyone else, never has to have a bad experience with bagel schmear again.