Vegan cosmetics are so in, and very hard to define


The vegan cosmetic market is rapidly expanding in Korea as consumers who are particularly interested in animal protection and the environment go for seemingly healthier products.

“Prices are not that high either, so I just thought, why not buy a product that’s better for the environment and less harmful to my skin?” said Hong Eun-ji, a 26-year-old graduate student who recently started purchasing most of her cosmetic products from vegan brands.

“As there are so many vegan cosmetics products and brands now, it is much easier for consumers like me to try them out.”

Unlike organic and natural cosmetics, which were popular many years ago, legal standards are lacking for vegan cosmetics.

“Consumers perceive purchasing vegan cosmetics as a very sophisticated consumption pattern. This is why the market is rapidly expanding.”

As the demand for these new products rises, large cosmetic companies are introducing vegan brands to appeal to these customers.

LG H&H introduced Freshian in June, a vegan brand and its first new brand rolled out by the company this year. All products are approved vegan, according to the company. Even packaging and makeup puffs are made of vegan ingredients, such as sugar cane and corn starch. 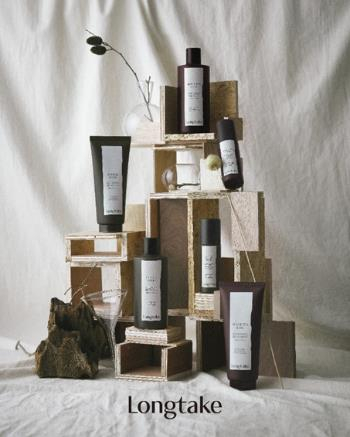 
Amorepacific introduced its Longtake vegan brand in April, and started selling hair products made from plant-based ingredients, such as material from cypress trees. The brand is planning to release vegan skincare products in the second half.

With more companies jumping on the vegan bandwagon, the vegan cosmetics market is expected to expand further. The market size was $12.72 in 2020, and it is projected to grow from $15.87 billion in 2021 to $24.79 billion in 2028, according to Fortune Business Insights.

The problem is that these products are approved and called vegan based on different standards, as there is no definition for vegan products. Under the current cosmetics law in Korea, there is no standard for vegan beauty products.

“I personally think cosmetics companies and brands using the term vegan is a marketing strategy,” said Yang Jae-chan, a biomedicinal and cosmetics professor at Mokwon University.

“There are no standards or regulations for vegan cosmetics in the country, but people are just buying them because they think it is good for them as they say they do not use any animal-based ingredients.”

“Stricter restrictions in terms of what products are vegan should be developed,” said Lee Eun-hee.

Currently, companies advertise their products by emphasizing that their products have received a vegan mark, which shows that the products are approved by vegan certificate agencies.

Vegan products in Korea are currently confirmed and approved by several organizations, including the Korea Agency of Vegan Certification and Services and the Vegan Standard Certification Authority.

How these authorities define as vegan is not disclosed.

“The ministry should make rigid regulations so that consumers are well aware of what kind of ingredients are contained in the products they are using,” said Lee.