The fall and winter seasons are meant for breezy, no-hassle baking. No one wants to be in baker’s mode only to realize a few missing ingredients are separating them from the perfect creation. By the time you make the blustery trek to the store, the passion to bake is often gone. Prepare your pantry well, and you can whip up pumpkin pie bars or an apple crumble whenever your heart desires. Here are 16 vegan essentials to keep on hand September through December.

Without vegan butter, there is very little you can do in the world of fall baking. It’s essential for flaky pie crusts, cookies, buttercreams, rich dessert bars, crumbly toppings, and more. Stock up so you’ll always be ready to whip up something delicious. Plus, check out The Comprehensive Guide to Vegan Butter for an in-depth round-up of all the vegan butters on the market. 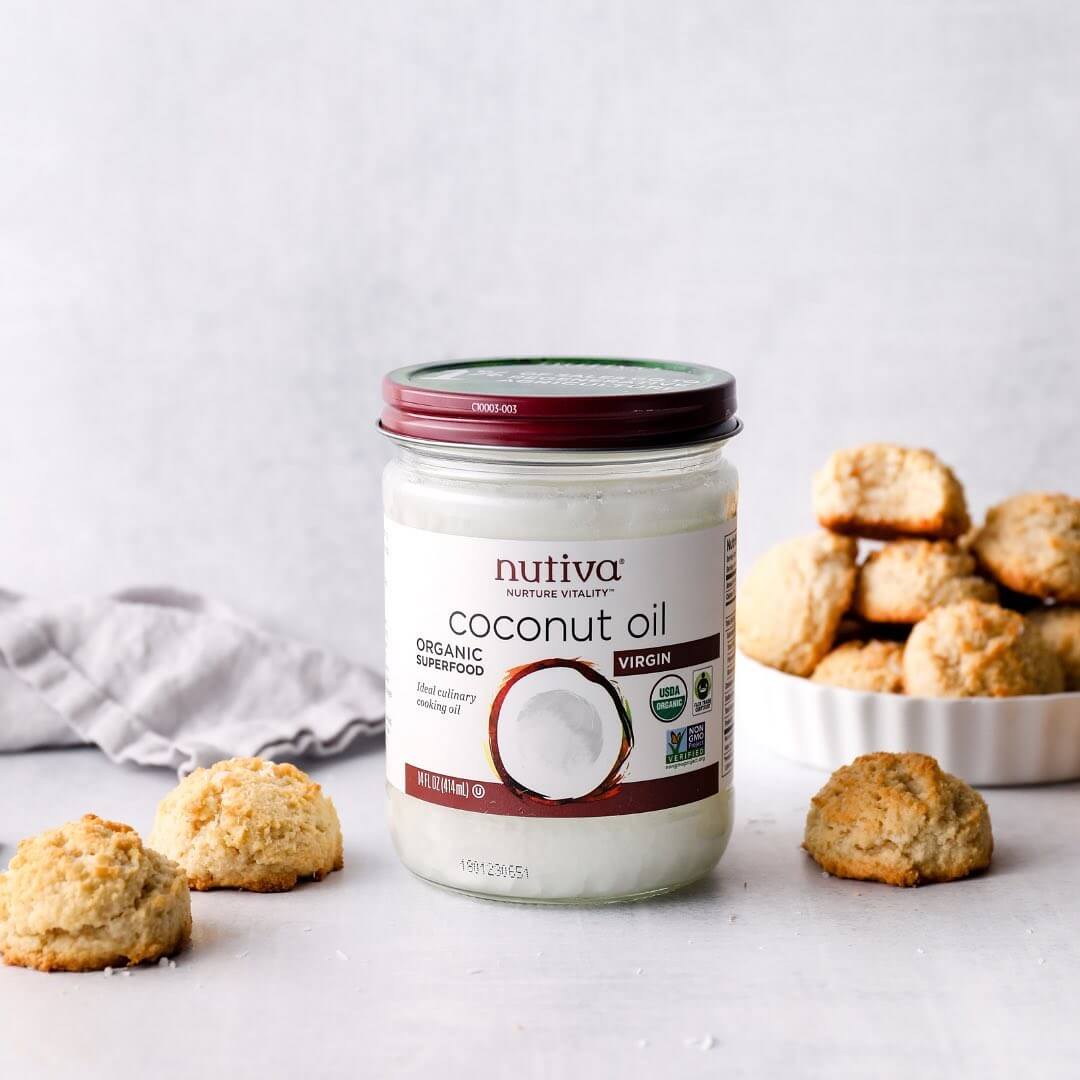 Unless a recipe specifically allows you to swap coconut oil for another vegetable oil, don’t do it. Because this oil is solid at room temperature, it’s a necessary component for no-bake desserts. Without it, they’d never firm up. Melted coconut oil can also double as an egg wash substitute for pie crusts and enriched breads. 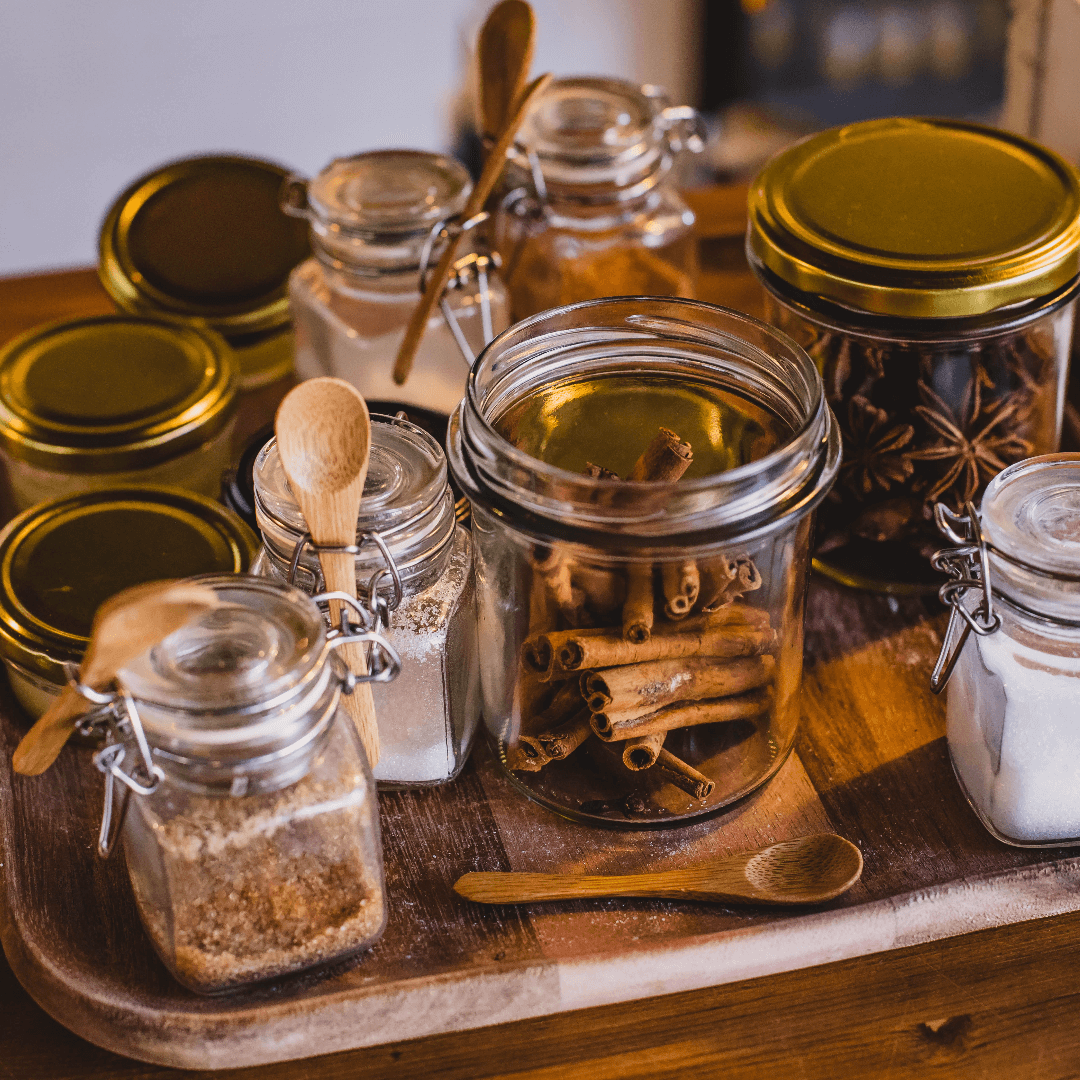 The pumpkin pie spice is obvious, but if that’s the only spice you use during the fall season, you’ll tire of it quickly. By using the individual spices that make up this spice mix, you can make certain flavors more pronounced or omit the ones you don’t like. Stock up on cinnamon, cloves, nutmeg (fresh, if you can get it), ginger, allspice, cardamom, and black peppercorns. The latter is a secret ingredient to make any pumpkin filling truly exceptional. It just takes a pinch of these crushed peppercorns to add a complementary depth of flavor to pies, bars, puddings, and cheesecakes.

These concentrated fruit spreads always make baked goods even better. You could make them yourself by cooking down a colossal amount of apples or pumpkin with sugar and some spices, but the jarred varieties are so much more convenient. Find these two products at virtually every supermarket during the holiday season, and keep one flavor of each on hand to schmear on apple spice muffins, pumpkin waffles, cinnamon pancakes, and flaky biscuits. 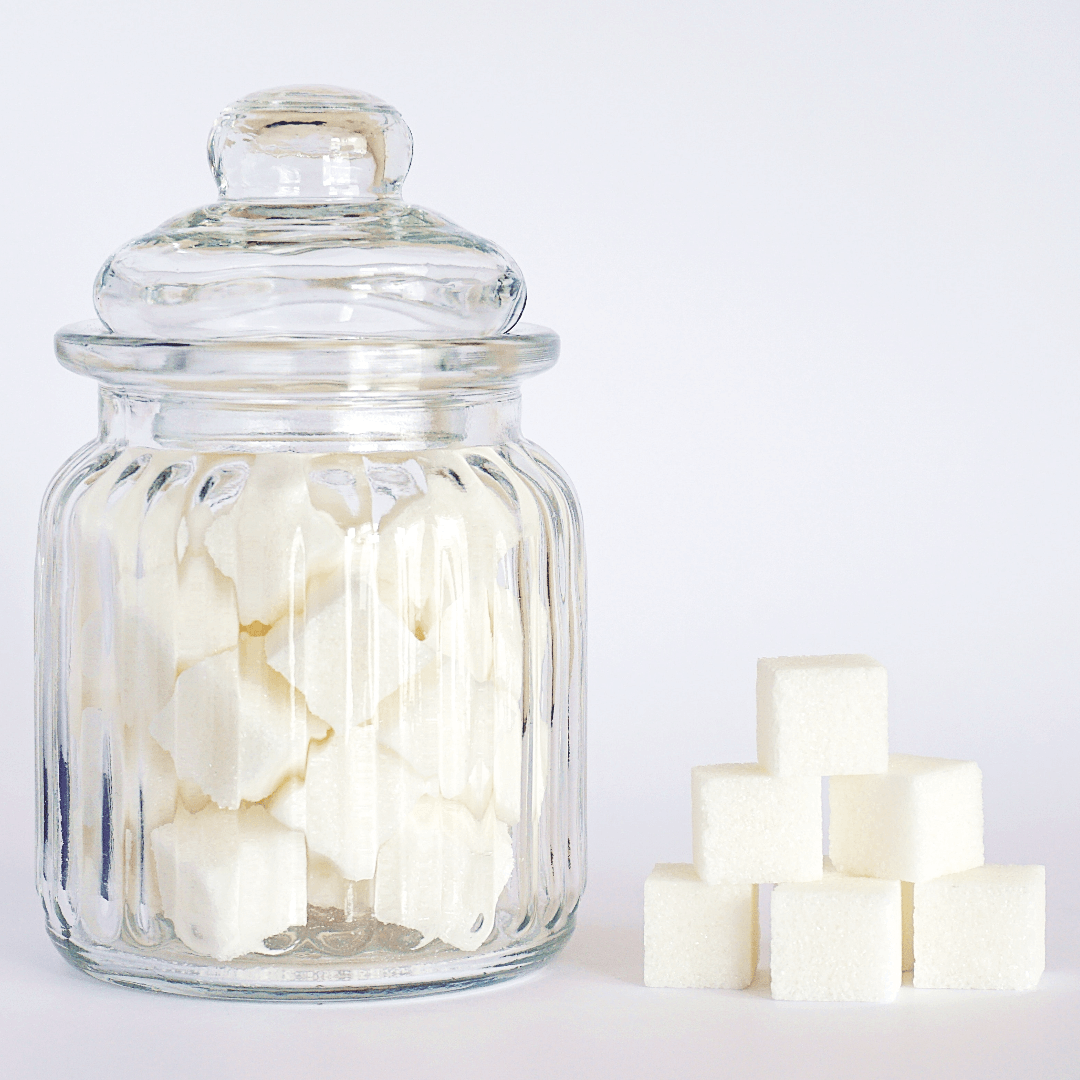 Granulated sugar is a given, but fall baking also calls for a few other sweet ingredients. You’ll need brown sugar for brownies, blondies, and cookies; powdered sugar for frostings and dusting bundt cakes; maple syrup for fillings and sweet sauces; and coconut sugar if you’re into alternative baking. 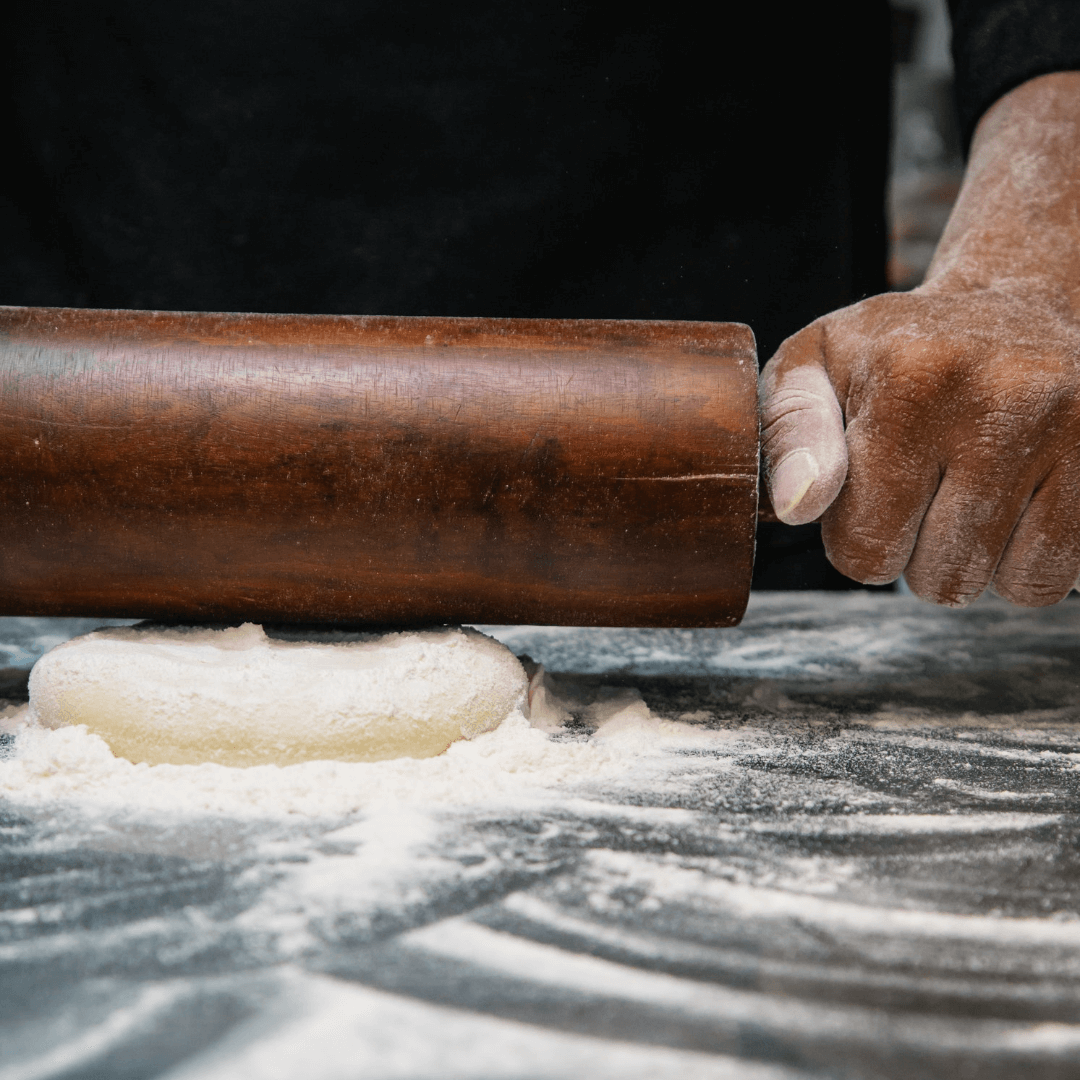 Yes, you’ll need multiple types of flour—all-purpose, almond, and chickpea tend to be the most commonly used. As a general rule, you cannot substitute one for the other, so spare yourself the baking catastrophe and just store all three on hand in air-tight containers. For a longer shelf-life, keep them in the freezer (just be sure to bring them to room temperature before using). 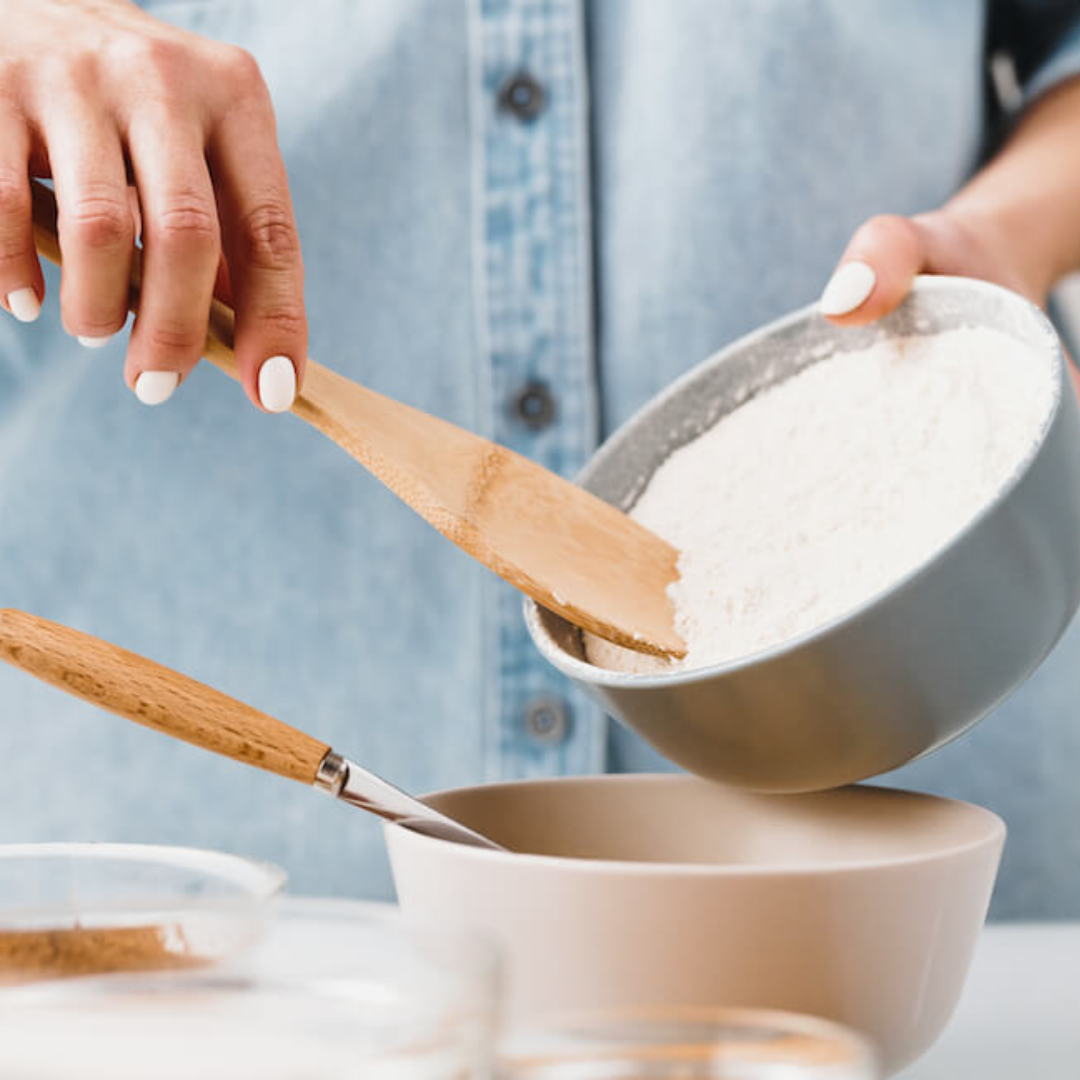 This is your go-to thickening agent for pies, cobblers, and puddings. Without it, you’d have a very watery apple pie. In a pinch, it can be substituted for flour, but it’s a bit of a gamble. 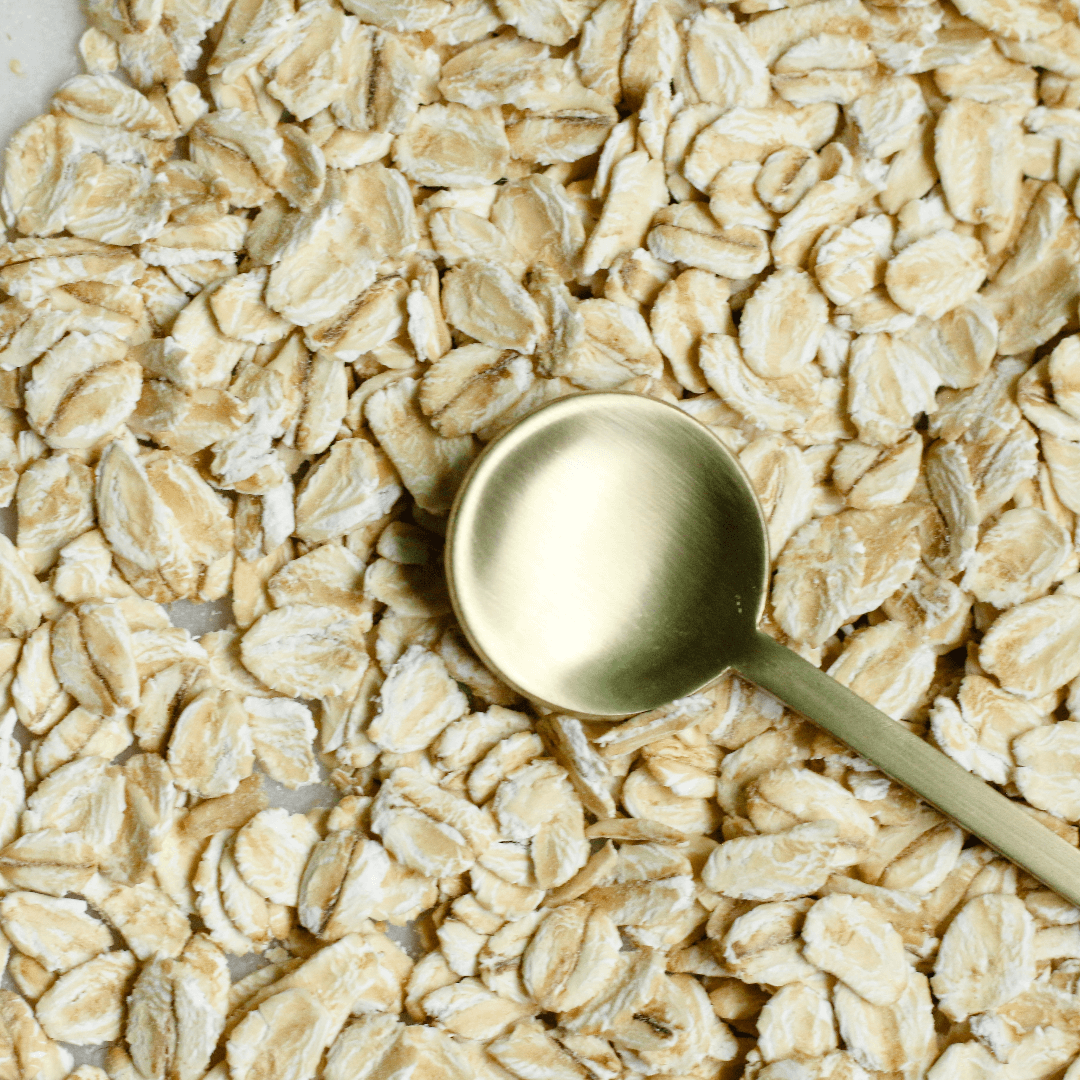 What’s the difference between a crisp and a crumble? Oats. A crisp is oat-free, a crumble should always have oats. Pro tip: never buy oat flour. If you have old-fashioned oats on hand (not steel-cut), you can make your own oat flour at a fraction of the price by pulverizing oats in a high-speed blender. 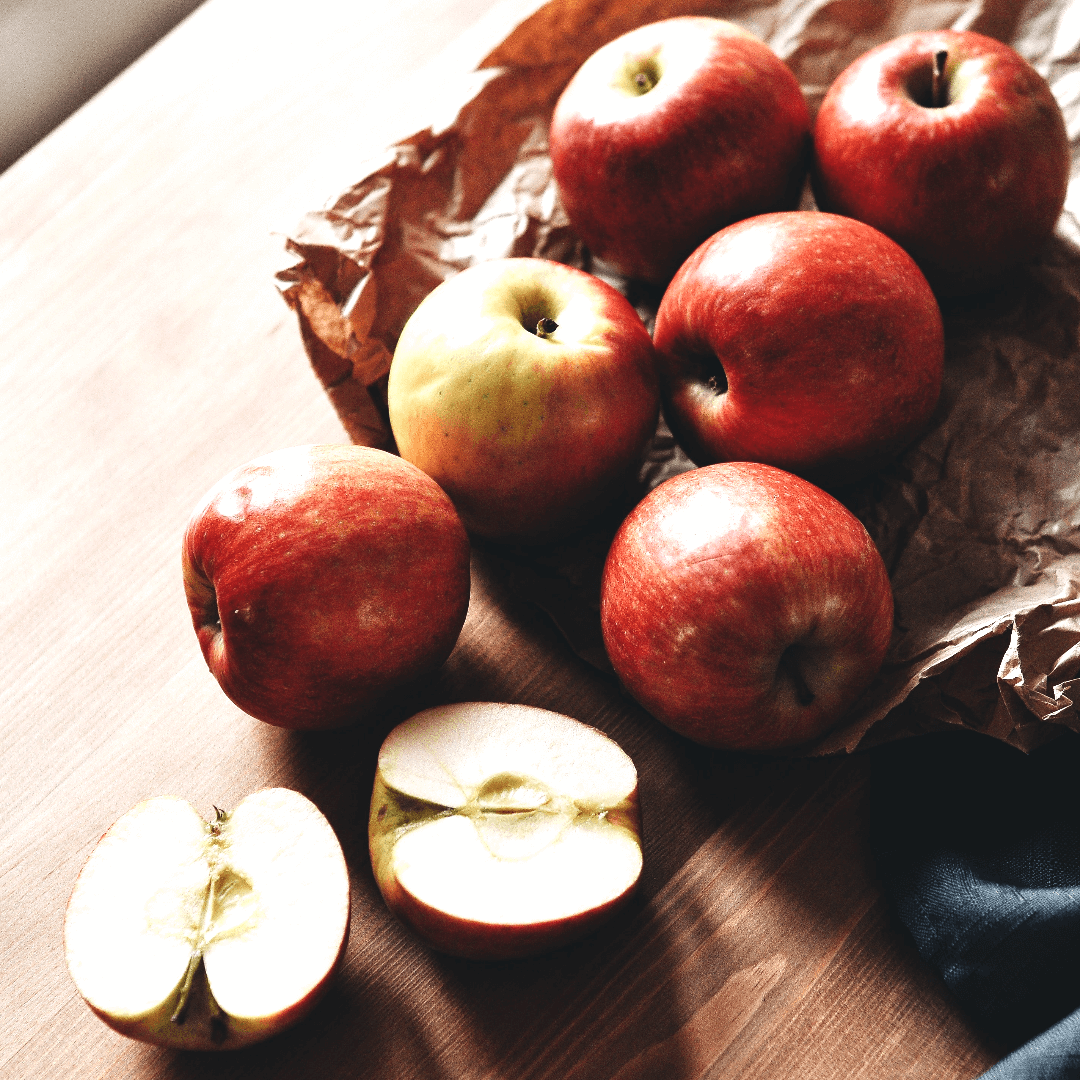 Whether you pick them at a local farm, select them from a farmer’s market, or bag them at the store, apples are the star of early fall baking. When making cobblers, crisps, and pies, incorporate a mix of varieties for the best flavor and texture. Solid baking apples include Granny Smith, Honeycrisp, Braeburn, and Pink Lady. 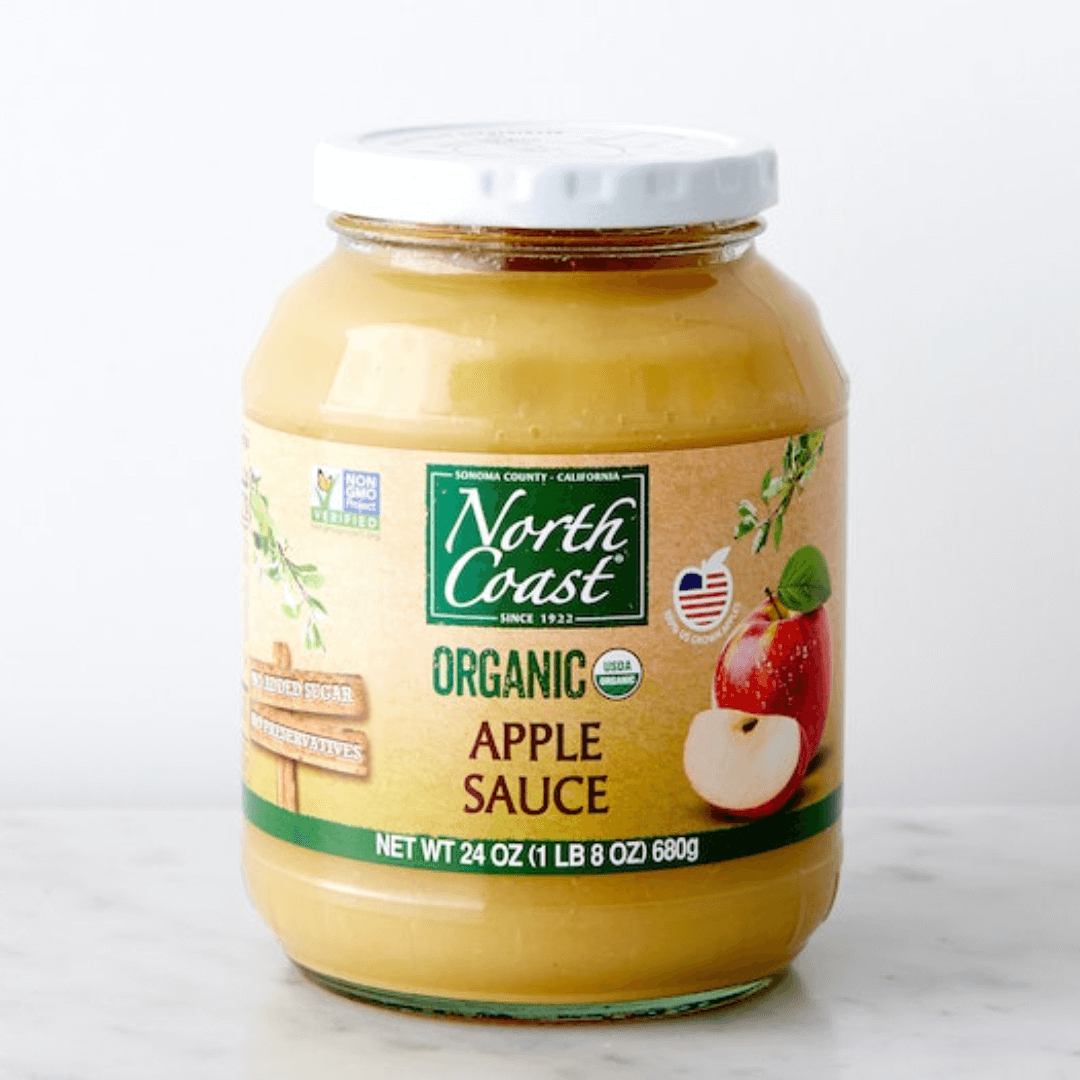 Applesauce serves two applications —it can be used to swap out oil in a recipe for a healthy spin, and it can also act as an egg replacer in some recipes such as brownies and quick breads. Learn more about basic vegan baking swaps here. 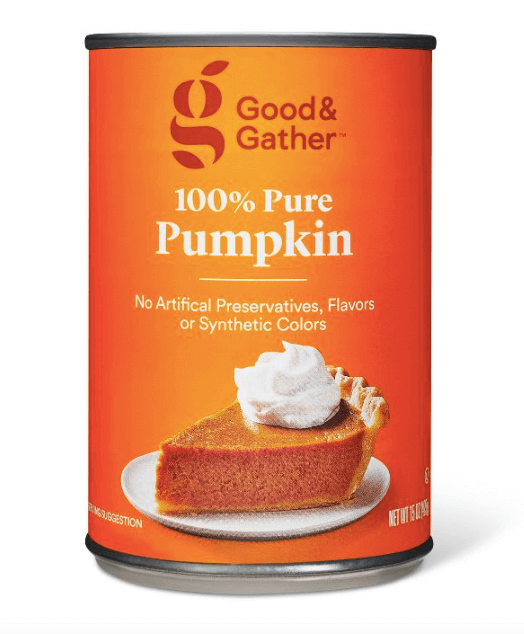 There is no need to go through the hassle of making your own pumpkin purée. The canned option is convenient, affordable, and works just as well. Just be sure you’re grabbing pure pumpkin, not pumpkin pie filling (the latter is sweetened and spiced). 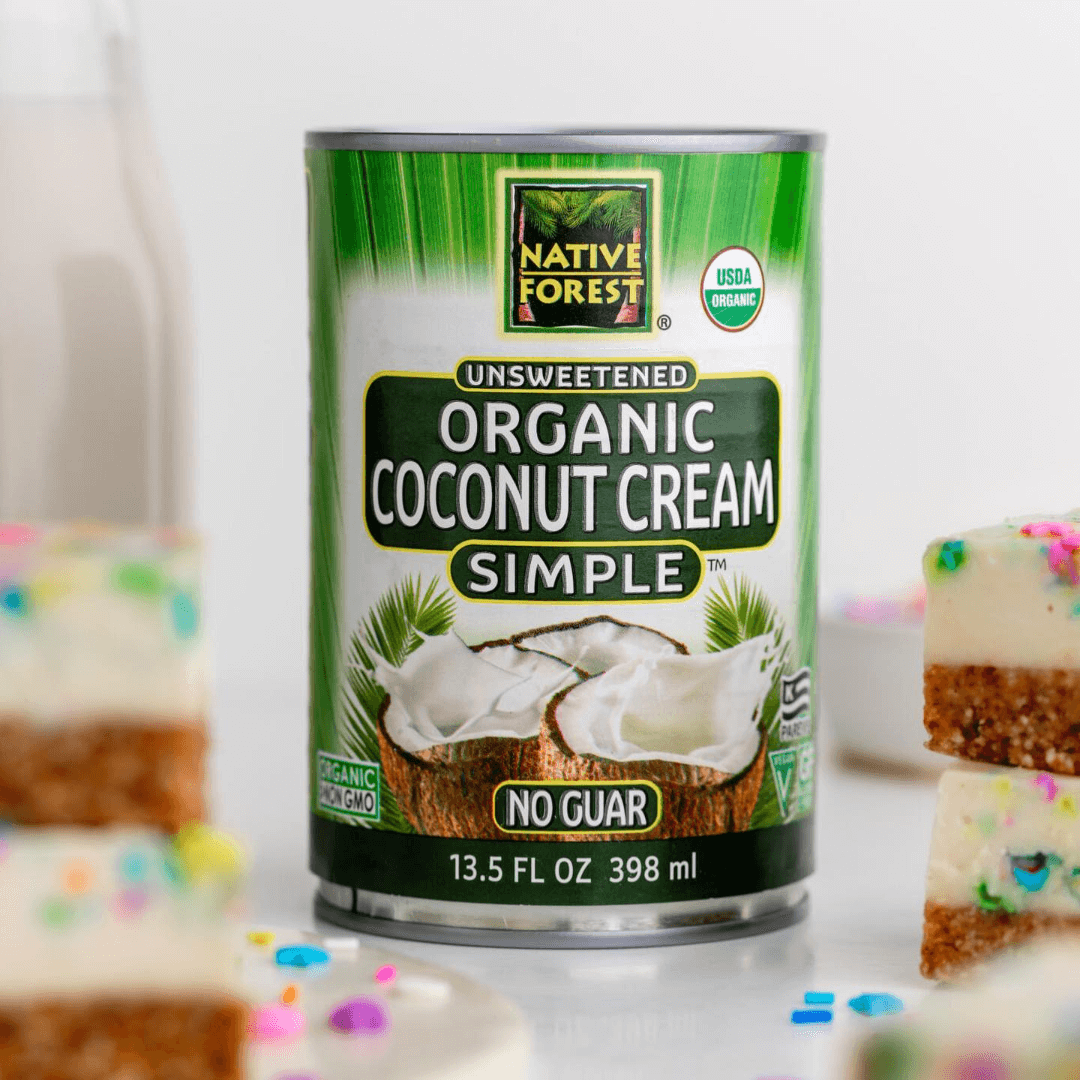 For creamy fillings, moist cakes, and fluffy whipped creams, you need a can of full-fat coconut milk. Many recipes call for just the solid part, so save time by storing a few cans in the fridge and do not shake them unless the recipe specifies. It tends to sell out during the holiday months, so make sure to stock up. 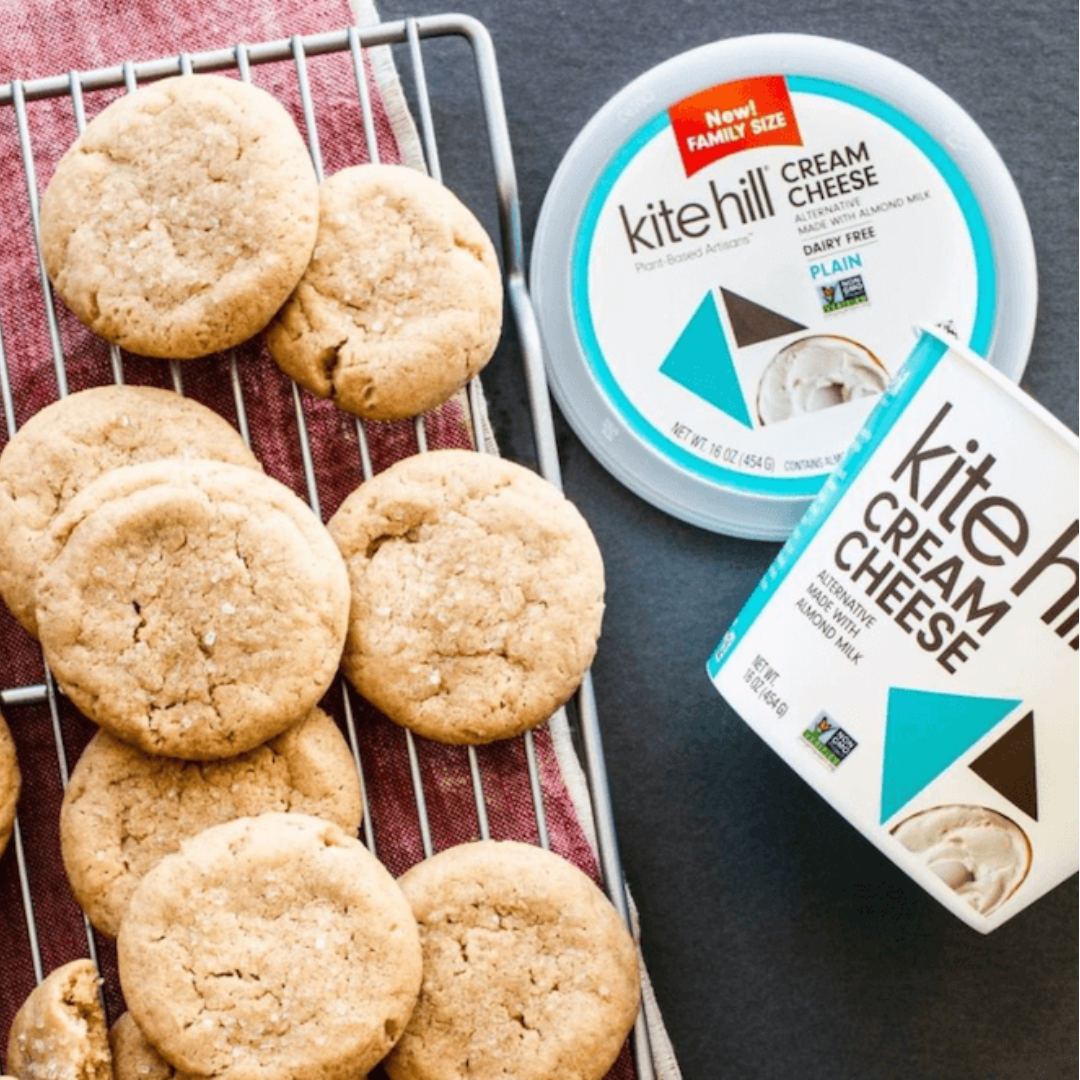 Who doesn’t love a giant, tender pumpkin spice muffin with a sweet cream cheese filling? Cream cheese frosting and pumpkin go hand-in-hand, so make sure you always have a tub in the fridge. Favorite brands include Kite Hill and Miyoko’s vegan cream cheese. 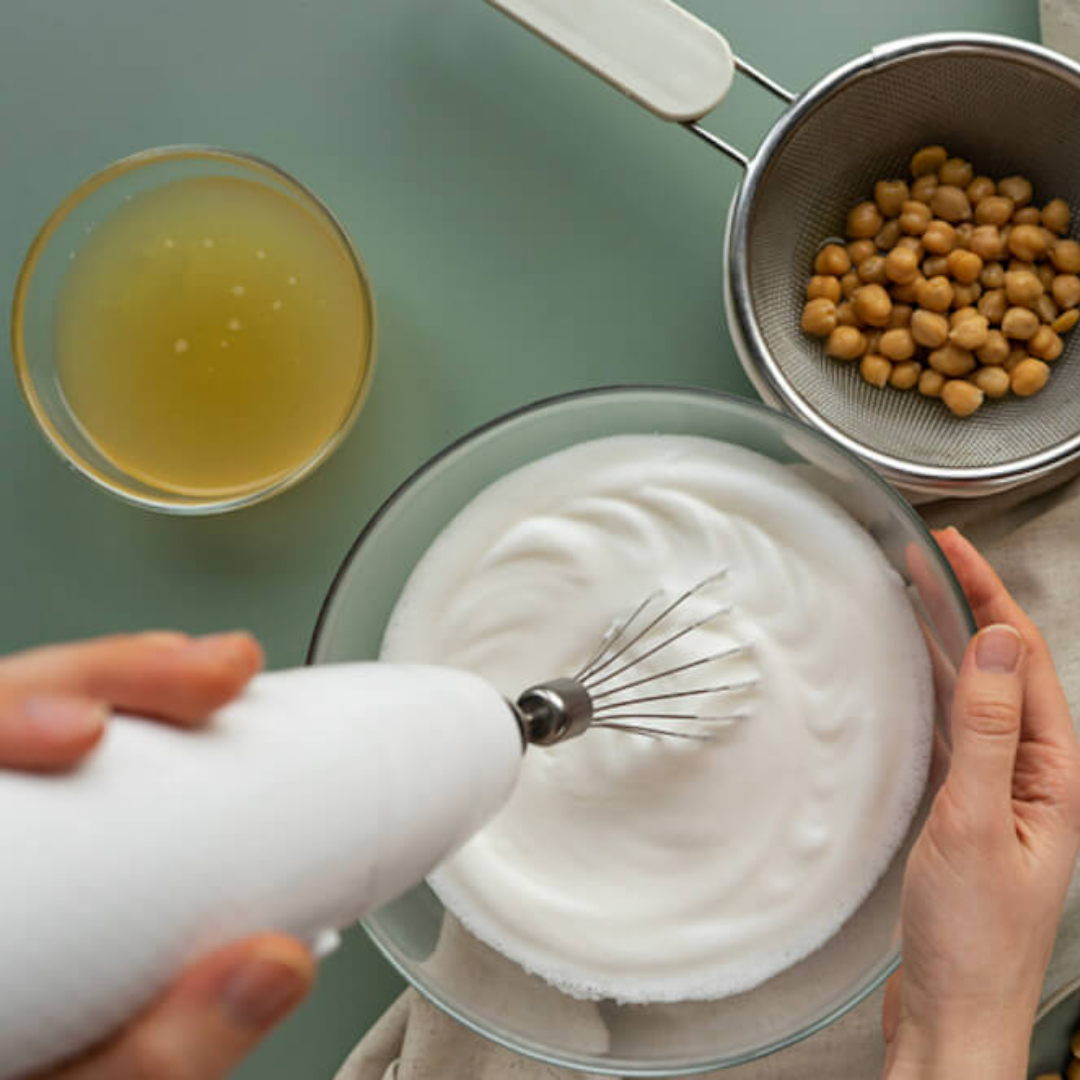 Don’t drain the chickpeas! You need the brine to make vegan meringue magic (aka aquafaba). When whisked into oblivion with a bit of sugar, this bean liquid transforms into pillowy-soft peaks that perfectly mimic an egg white. Throw the actual chickpeas onto a salad or make chickpea blondies. 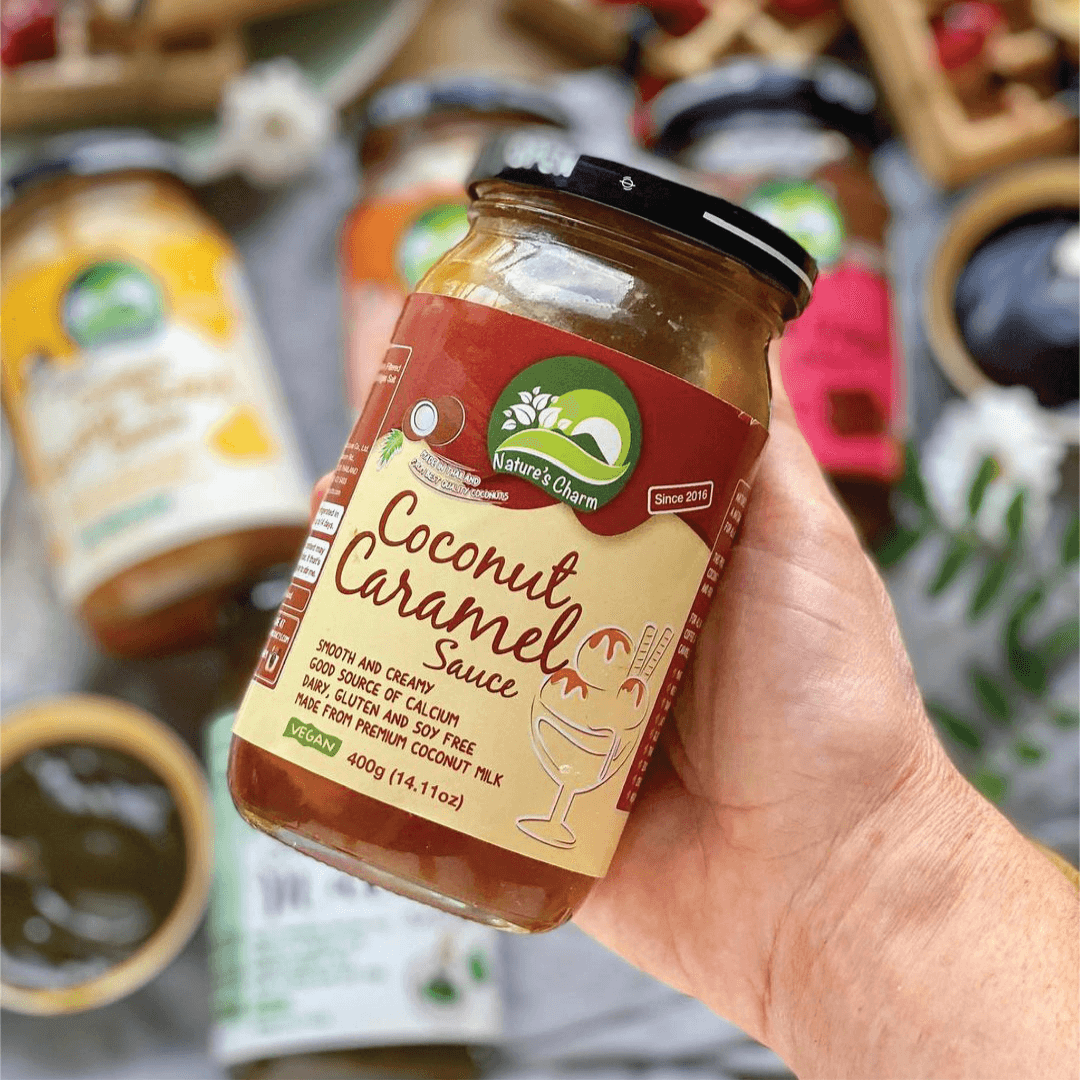 You could make your own, but we like to have a jar of Nature’s Charm Coconut Caramel Sauce on hand to instantly drizzle over apple spice cakes, vegan pumpkin ice cream, and whip cream-topped apple cider.

For more vegan baking tips, read:
How to Bake Vegan
The Comprehensive Guide to Vegan Butter
The VegNews Guide to Making Any Pie Vegan