Australia’s most notorious Vegan activist Tash Peterson has revealed the moment she was put off meat aged just three – but didn’t ditch it for good until 20 years later.

The Only Fans star is known for her ‘can’t-look-away’ protests, including holding a severed pig head in front of a butcher and walking topless, covered in blood into a Louis Vuitton boutique.

But childhood snaps showing a blue-eyed six-year-old with her brown hair in pigtails reveal a young girl far removed from the attention-grabbing activist she has become today.

The 28-year-old said she was put off eating meat when she watched the hit 1995 Australian film Babe, about an orphaned farm pig that wants to do the work of a sheep dog.

‘When I was a kid, I didn’t really care to be around other humans at all,’ she said. 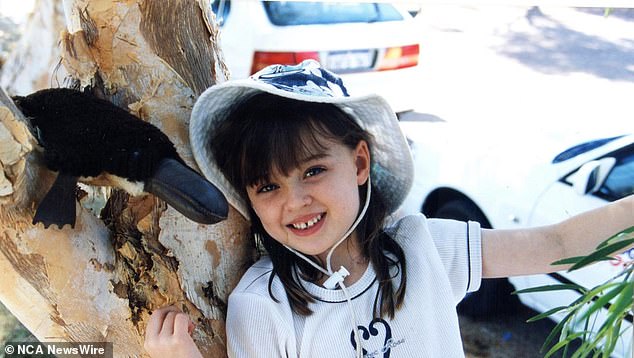 On Thursday, the protester lied down in a human-sized meat tray in Sydney’s busy Pitt Street Mall almost naked nude, covered in blood and wrapped up in plastic like a slab of meat in her latest animal rights protest.

‘It was strange, I was just laying there in silence,’ Ms Peterson said.

A typical protest of Ms Peterson’s will often attract a barrage of aggressive threats and occasionally violence. 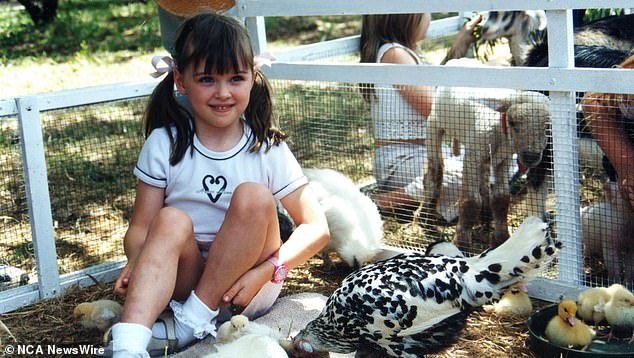 The full-time activist said she ‘didn’t care’ to hang around humans as a child. Picture: Supplied 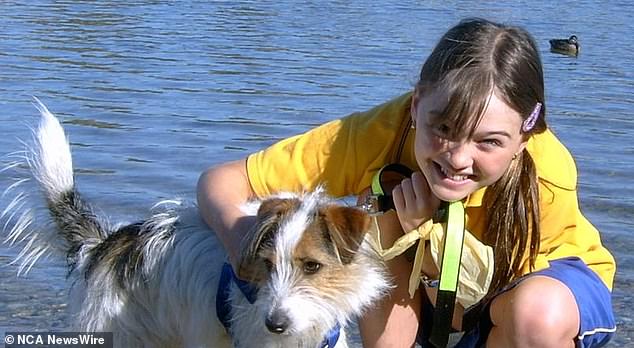 She was raised to eat meat and made the decision to turn vegan at age 23. Picture: Supplied

‘The moment I’m more disruptive – going inside a supermarket or restaurant – I’m often faced with a lot more aggressive reactions from the public,’ she said.

‘I’ve been assaulted by men on multiple occasions, including really bad assaults where it’s caused bruising in my groin region.

‘People have walked past calling me a whore.’ 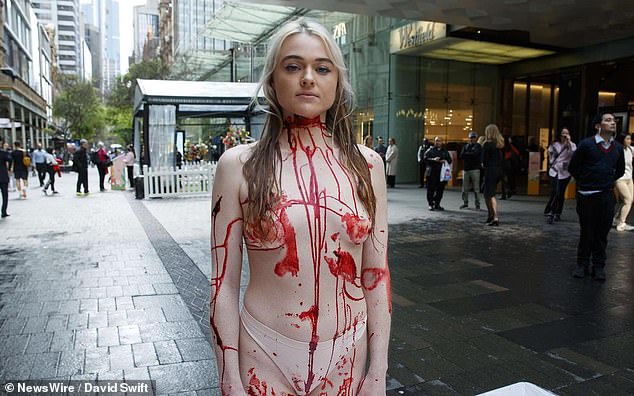 She said that despite reporting the assaults to the police, no one has ever been charged.

The 28-year-old raised in Perth said she has always had ‘a special connection’ with animals but only made the life-changing decision to become vegan five years ago.

She remembers sitting in front of the television watching Babe aged three and telling her parents that she didn’t want to eat meat anymore. 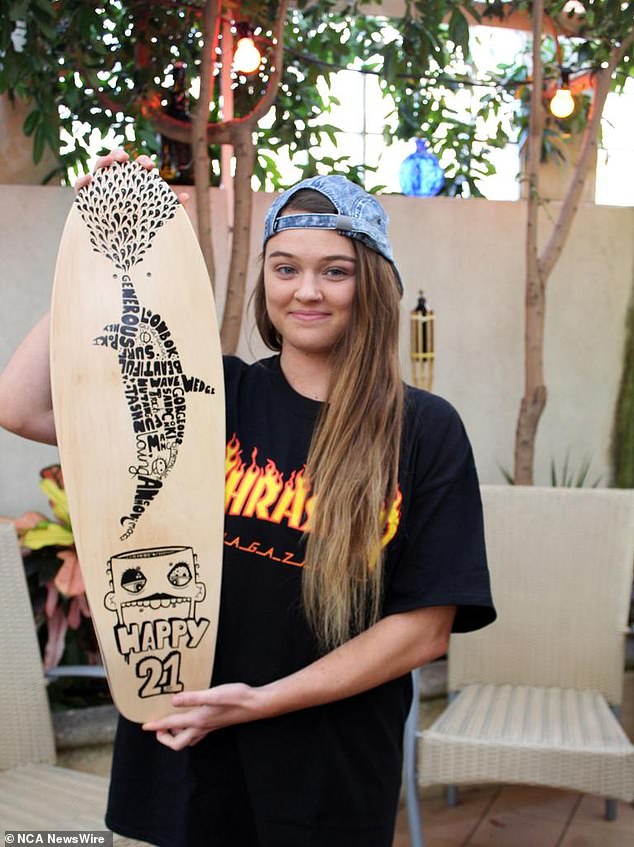 Once a ‘tomboy’ she has told her Only Fans followers that she only wore lingerie for the first time last year. Picture: Supplied 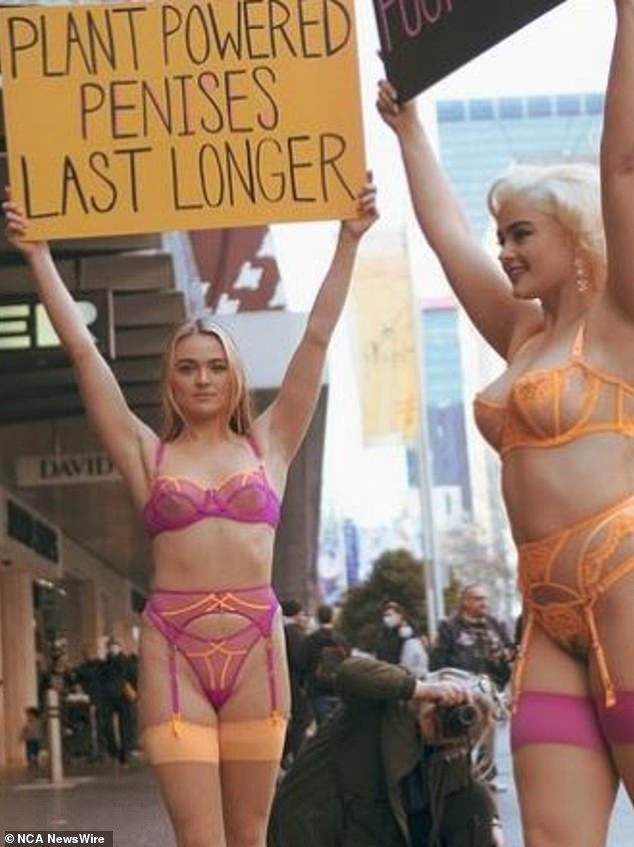 ‘Unfortunately they just didn´t know any better and said well you need to eat them,’ she said.

Ms Peterson said she went from not understanding what being vegan actually meant to becoming vegan overnight after watching the 2016 documentary Food Choices.

‘I just had never given it that much thought,’ she said.

Her mother switched to veganism six months later but her dad and brother are still meat-eaters. 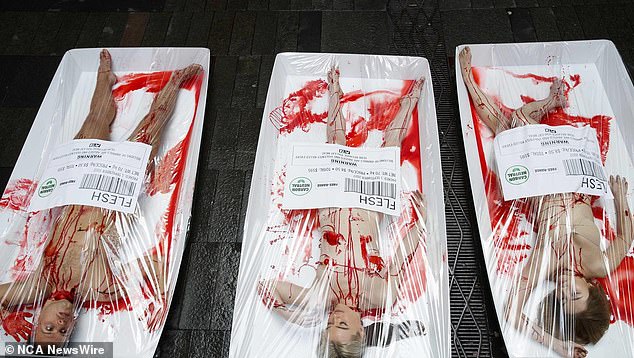 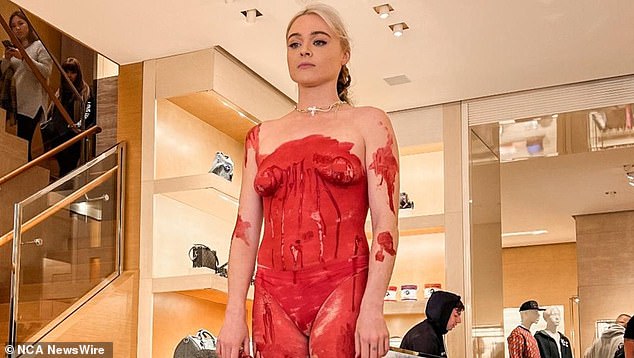 She protested at a Louis Vuitton store in Melbourne earlier this month. Picture: Facebook

‘I still have a close relationship with all my family members, but it certainly has been difficult for me,’ she said.

Ms Peterson has claimed to earn $40,000 a month from her OnlyFans account, which she opened last year to fund her dream to commit all of her energy to animal activism.

The protest on Thursday drew shocked reactions online with one passer-by taking to Twitter to call it ‘vile’, ‘unhinged´ and ‘does less than nothing for animal welfare’.

‘I wouldn’t be doing it if I didn´t feel like it was doing something,’ Ms Peterson said.

When asked if she thought the graphic nature of her protests was taking things too far, Ms Peterson simply said that was the point.

‘The message needs to be confronting, because that’s exactly what animals are subjected to’, she said.

‘I have never once actually seen a concerned or scared child when I´ve been doing my protests.

‘They’re often the most mature ones.’ 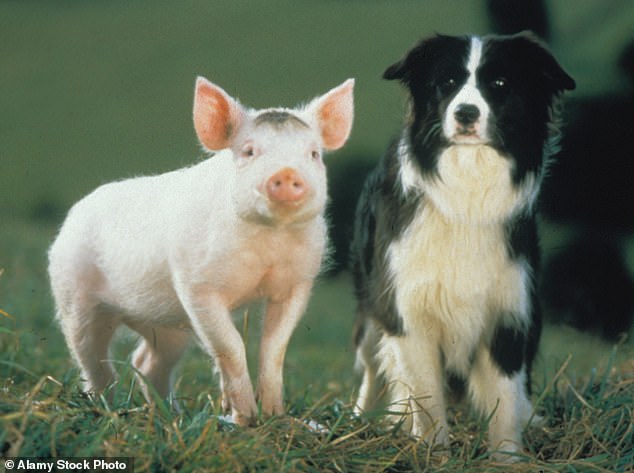 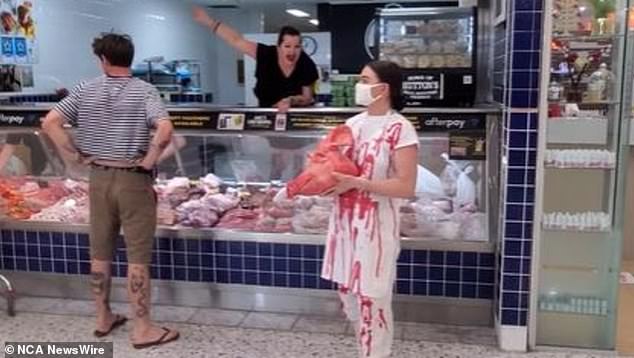 A staff member at a butcher shop yells at Tash Peterson to leave during one of her confronting protests, where she is holding a bloody pig head. Picture: Instagram

Ms Peterson, who recently relocated to Melbourne after she was banned from all licensed venues in WA after one of her protests, said she doesn’t have any specific future protests planned.

However, she did hint that with the Melbourne Cup coming up in November, she will be sure to make a statement.

The 26 Best Vegan Pumpkin Spice Products Worth The Hype

The 26 Best Vegan Pumpkin Spice Products Worth The Hype