With Plans for 1,000 Vegan Restaurants, Next Level Burger Raises $20 Million

When they opened their first location in Bend, OR in 2014, Matthew and Cierra de Gruyter, founders of Next Level Burger (NLB), were confident that the future of fast food would be vegan. With two children under the age of six, the couple decided the year prior that Matthew de Gruyter would leave his lucrative career to focus on developing NLB instead.

This week, their vision was bolstered by a $20 million funding round raised from a group of investors, including early stage vegan power couple Alex Payne, formerly of Twitter and Simple Bank, and Nicole Brodeur, who are now minority stakeholders.

The NLB concept is simple and spotlights organic and plant-based versions of American fast-food favorites, with sustainability as a top priority as well as fair wages and quality ingredients. Now, with $20 million in their pocket to fund their mission of making better fast food, the couple is ready to truly take NLB to the next level.

“For the same reasons that I personally decided to become vegan, I believed that the world would shift more and more in this direction of plant-based and sustainability minded. What I couldn’t have anticipated was how quickly things have changed,” Matt de Gruyter tells VegNews. “This raise helps validate our mission, our value set of plant-based ingredients, organics, non-GMO, living wages, and our next step on the way to 1,000 NLBs from coast-to-coast.”

NLB’s menu is both familiar and indulgent, with simple burger builds (made with a choice of Beyond Burger or housemade vegan meat patties) to satisfy fast-food cravings, and more complex offerings such as The Maverick: a stacked burger filled with onion rings, tempeh bacon, melty vegan cheese, pickles, and sauces. Next Level Burger 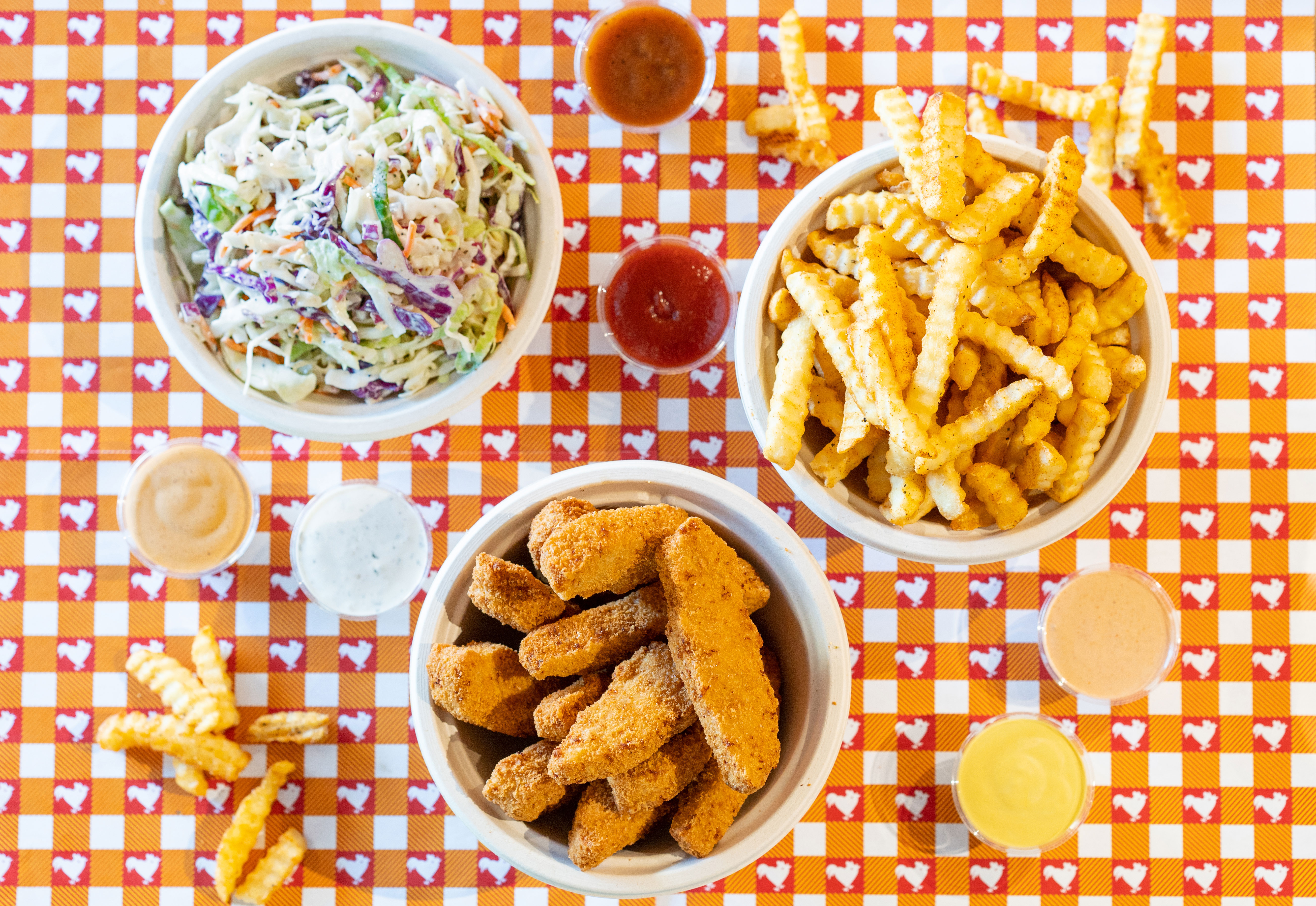 The menu is rounded out with a variety of handspun milkshakes made with a choice of soy or coconut soft serve in flavors such as Cookies N’ Cream, Thicc Mint Cookie, and Blackberry. Next Level Burger

NLB got its start in Bend, OR  and in the last eight years has expanded to additional locations in Oregon, along with Washington, California, Colorado, Texas, and New York, with six outposts operating inside Whole Foods Market. This month, NLB opened its first stand-alone location in Denver, CO, representing a homecoming for the de Gruyters who met in the city while attending Metro State University.

With the new funding, NLB will expand to 28 locations by 2025 with the ultimate goal of opening 1,000 locations in the coming years. NLB’s 10th outpost is planned for Seattle this fall. 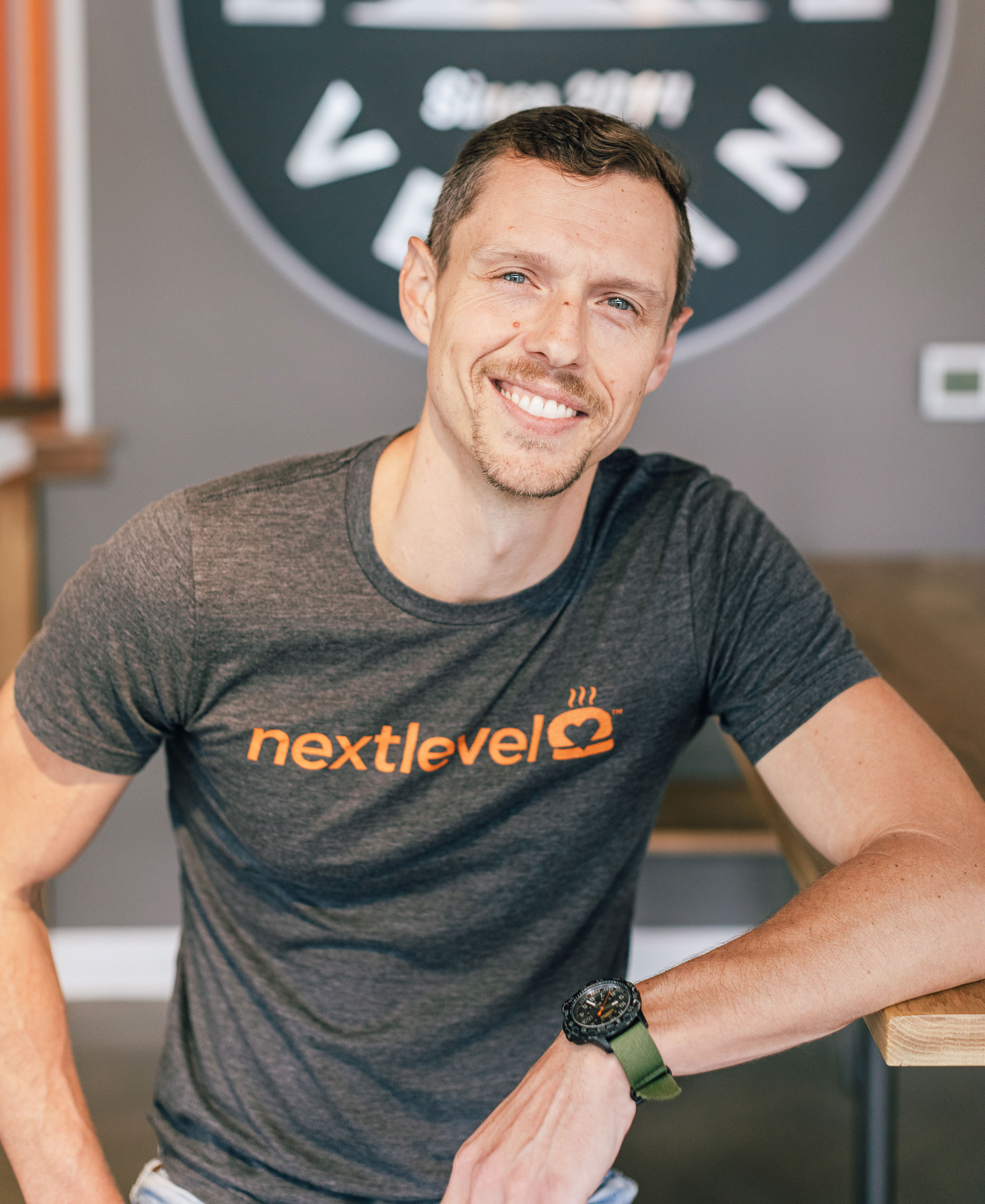 While he plans to grow NLB in a responsible manner with his employees and customers in mind, de Gruyter says that this expansion cannot come quickly enough, given how desperately humanity must move away from its reliance on environmentally damaging animal agriculture.

“I believe that we are at the single most important point in human history,”  de Gruyter says. “At no other time has the fate of humanity and the rest of the species populating this planet, relied upon the decision and the actions we take in this 21st century.”

“The stakes are too high and the science too strong to do anything less than all we can to fight climate change and promote long lasting sustainability,” de Gruyter says. “For us, growing NLB aggressively, but wisely is how we maximize that impact. At NLB we believe the future is bright, but that it is up to all of us to make sure of it.”

The vegan fast-food category continues to grow with new entrants, including those backed by big names. Last month, comedian and actor Kevin Hart opened the first location of vegan fast-food concept Hart House in Los Angeles with 10 leases in the works for additional outposts. Hart hopes to one day make Hart House a national phenomenon a la McDonald’s but with a menu that serves the modern consumer. 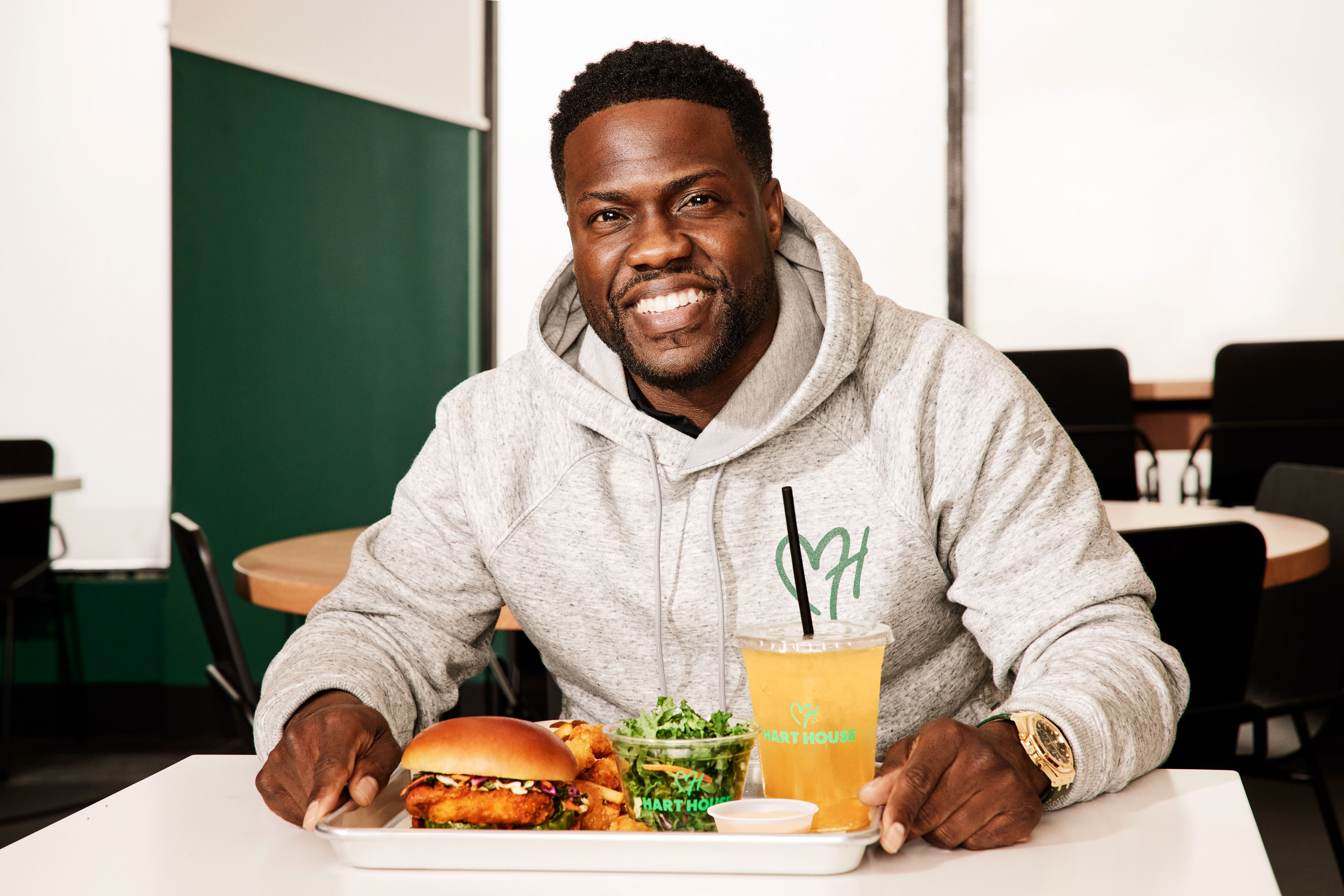 For de Gruyter, while these brands might be competitors, he thinks about the proliferation of vegan fast-food concepts as a net positive for the collective mission of transforming the food industry for the better.

“I see our plant-based competitors as wearing different jerseys, but on the same side of the field working together to move the world in the right direction,” he says. “None of us can do this by ourselves, the rapidity with which we need to move requires the collective shift toward eating more plant-based and more sustainably.”