Australian confectionery brand Allen’s has changed the recipe for an iconic lolly.

Jelly Beans have been an Aussie favourite for years and now the sweets will be 100 per cent vegan-friendly.

The brand decided to stop using the core ingredient carmine – made from cochineal beetles – and will instead use plant-based alternatives.

The first bags of vegan Jelly Beans will be released in stores nationwide this month.

Australian confectionery brand Allen’s has announced Jelly Bean lollies (pictured) will now be made vegan-friendly. The brand decided to stop using the core ingredient carmine – made from cochineal beetles – and will instead use plant-based alternatives

Carmine was initially used to dye the lollies any colour desired but first the beetled needed to be dried, crushed, and boiled.

Instead plant-based colouring agents derived from such as beetroot and paprika will be used for colouring.

‘The transition to Allen’s vegan-friendly jelly beans will take place nationwide across grocery and convenience stores from mid-November, so look out for the ‘vegan-friendly’ labelling on [the] pack.’ 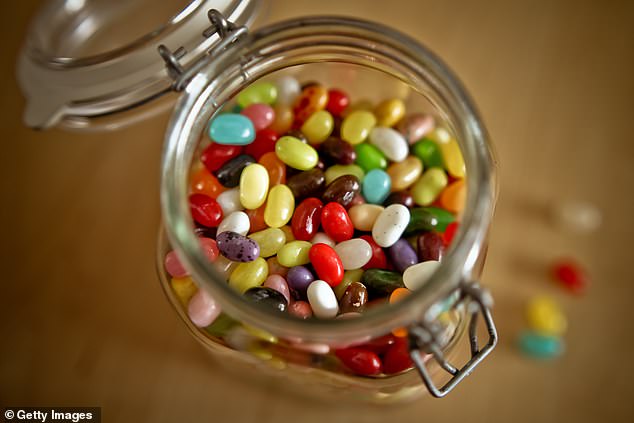 The change has already been approved by vegans and non-vegans alike, who are excited to try the ‘new and improved’ lollies.

Foodies part of the Fussy Vegans Facebook page praised the confectionery brand for its decision.

‘It is great to see Nestle realise that by simply swapping the carmine for a vegan-friendly colouring, they can market a new product to the vegan community,’ one person wrote.

‘Hopefully we will start to see more and more products where carmine is the only barrier to the product being vegan becoming vegan-friendly in the future.’

Another commented: ‘As much as I love new products, I’d love to see more of this where existing products are made vegetarian or vegan-friendly by simply changing one small ingredient. Go Allen’s!’