THE vegan diet has influenced many who are looking for ways to feel better about themselves.

From Joaquin Phoenix to Ariana Grande to Billie Eillish — some of the world’s biggest names are proudly vegan.

Most notably music sensation Lizzo shared her vegan journey, which started in April 2020. She often posts videos to her TikTok account showing off her favorite vegan eats.

I personally cannot fathom life without eating meat, but I decided to try it for 48 hours any way and see if it changed my life, too.

Typically, I nix breakfast for drinking lots of water and maybe a coffee in the late morning.

But since I was eating like a celebrity, I woke up and started my day with fresh fruit, just like Lizzo. 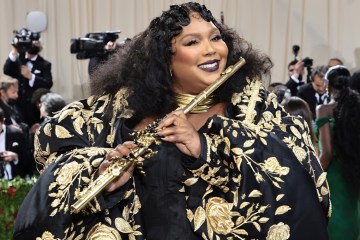 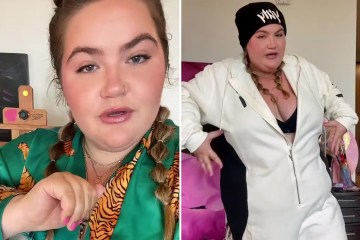 The breakfast was not far off from what I would usually eat if I felt hungry in the morning.

I also snacked on plant-based cauliflower crackers throughout the day, which — like Lizzo — I wasn’t sure if I enjoyed or not.

I powered through the day with coffee spiked with vegan protein powder and a dash of cinnamon for taste.

I did feel like protein coffee helped me maintain my energy levels, but I did notice I was drinking more coffee than I usually would on my normal diet.

By dinner time my appetite returned, so I went for some vegan Japanese food.

I am a sashimi fan, but “vegan sushi” seemed like an oxymoron to me.

Lizzo once ate an avocado cucumber hand roll with edamame and a cup of miso soup in one of her “What I Eat in a Day” TikTok videos, so of course I did the same.

The avocado cucumber hand roll was refreshing, but I definitely missed the salmon.

I enjoyed the miso soup, which I typically order at Japanese restaurants. However, I couldn’t eat more than one edamame because it’s just not my taste.

The sparse dinner left me feeling unsatisfied and was anticlimactic. I also felt it was costly to pay $6 for a bit of avocado, a small amount of rice, and some seaweed.

The next day I woke up feeling sluggish and very hungry.

I decided it was time for the big guns. I went with a bigger breakfast of oatmeal and a side of sliced mango.

The meal made me realize why I typically fast in the mornings. I did not enjoy the oats, but the fresh mango made for a welcomed sweet treat.

For late lunch/early dinner I tried a vegan meat substitute patty on a lettuce wrap, following in Lizzo’s footsteps. I paired the plant-based burger with a pre-made mango berry smoothie.

One bite of the burger was enough to make me feel immediately sick. I had no choice but to spit out the bite and toss the burger. It smelled terrible and tasted artificial — almost as if it wasn’t fit for consumption.

I would have preferred a homemade burger patty using familiar foods such as beans, sweet potato, or portabello mushrooms instead of what I felt was franken-food.

I looked forward to the fruit smoothie but was shocked to find that it had added refined sugar, despite being full of fructose.

The sweetness overload from the sugary beverage made my already disturbed stomach feel even worse.

I also experienced a sugar crash later in the day, which left me feeling lethargic.

Lizzo’s plant-based diet did not convince me to go vegan whatsoever. Many of the vegan foods were processed and left me feeling unsatisfied, weak, and inflamed.

Despite being unable to finish most of the foods, I felt a strange combination of feeling like a bottomless pit, yet unable to eat due to feeling so sick.

I found myself experiencing an intense headache by day two and an inability to meaningfully reach my daily fitness goals.

I typically exercise six to seven days a week, hitting the free weights and using the stair climber or treadmill for cardio. My daily workouts last anywhere from 60 to 90 minutes.

During the vegan challenge, I struggled to hit 60 minutes on my workout. My stomach was turning from the junk food and I was looking forward to taking a rest and trying something new.

I do find many vegan foods are delicious and good for you, such as fresh fruits and plant proteins from dishes like hummus. However, Lizzo’s junk food vegan diet simply did not satisfy me and instead left me feeling ill.