By Claire Toureille For Mailonline

Lewis Hamilton is starring in a new advert with his adorable pooch Roscoe.

The F1 driver has partnered with the grocery delivery service Zapp for the 30-second-long advert, which will be released on his and his dog’s Instagram accounts today.

In the sweet clip, Hamilton, 37,  tells the English Bulldog that he will be travelling home from a racing final in Abu Dhabi, and the pooch throws him a welcome home party.

Roscoe then uses Zapp to order some vegan goodies for him and Hamilton to enjoy.

Last year, Lewis raised eyebrows when he revealed his dog is vegan like him and sparked a backlash by boasting about his dog’s planet-saving vegan diet – while sitting on a private jet

In the adorable video, Lewis is touched by his pooch’s gesture, and the pair crack open their order as they enjoy their reunion.

‘He’s like nine years old [and] he’s vegan. He eats quinoa and vegetables every day and it’s literally changed his life – he’s like a puppy again, at nine years old,’ he said.

In 2020, the F1 driver also credited Roscoe’s vegan diet with helping with the dog’s overall health. 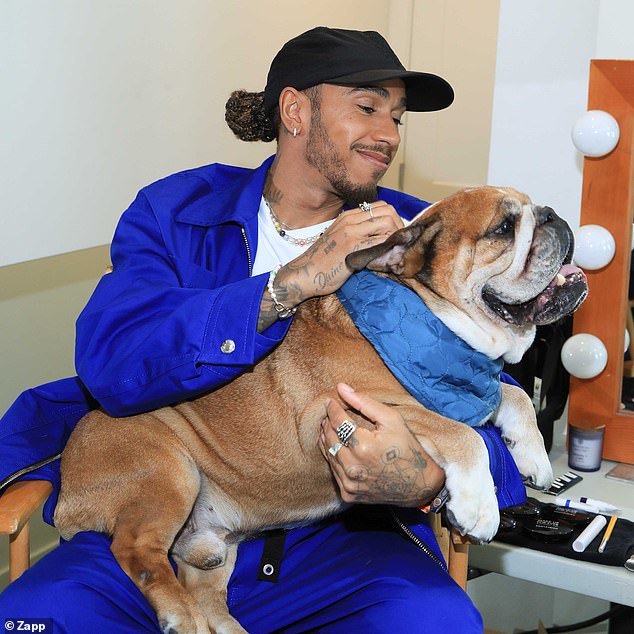 In the sweet clip, Hamilton, 37, tells the English Bulldog that he will be travelling home from a racing final in Abu Dhabi 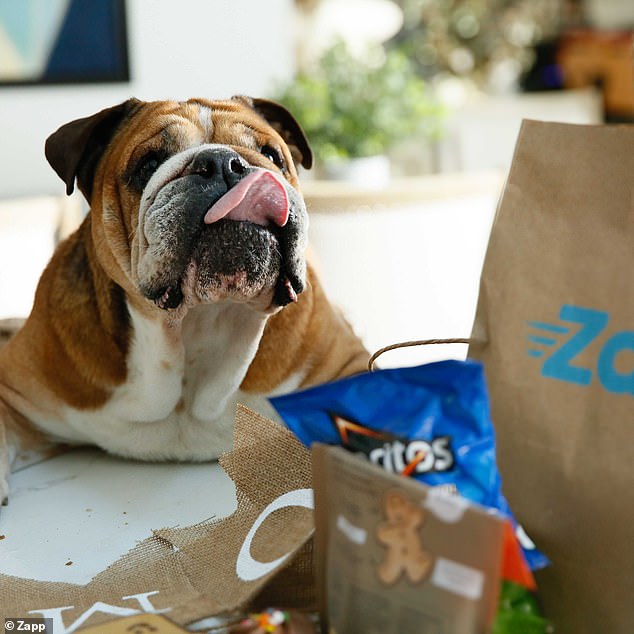 ‘His breathing has always been bad, which meant he was never able to walk very far and his joints would hurt,” the star wrote on Instagram.

‘He also had skin allergies. I decided to transition him to a vegan diet. It has changed his life.

‘He now doesn’t have any breathing issues, his throat is no longer restricted, and he doesn’t overheat like he did before and he loves to run. He also has no allergy issues,’ he went on. 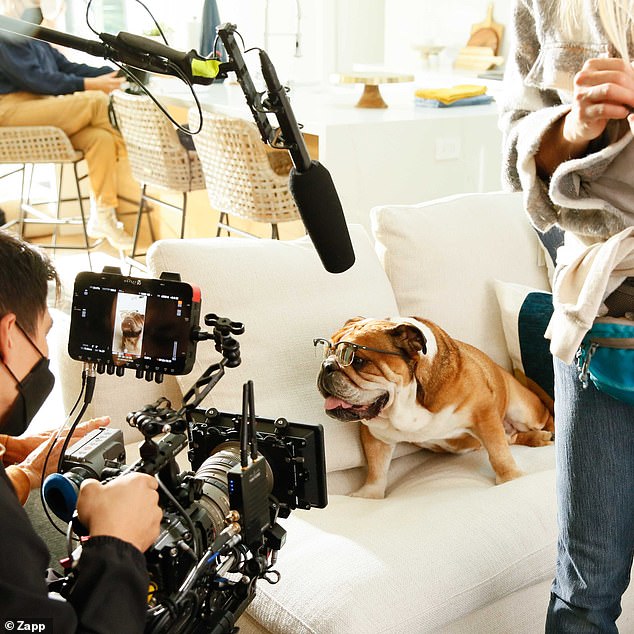 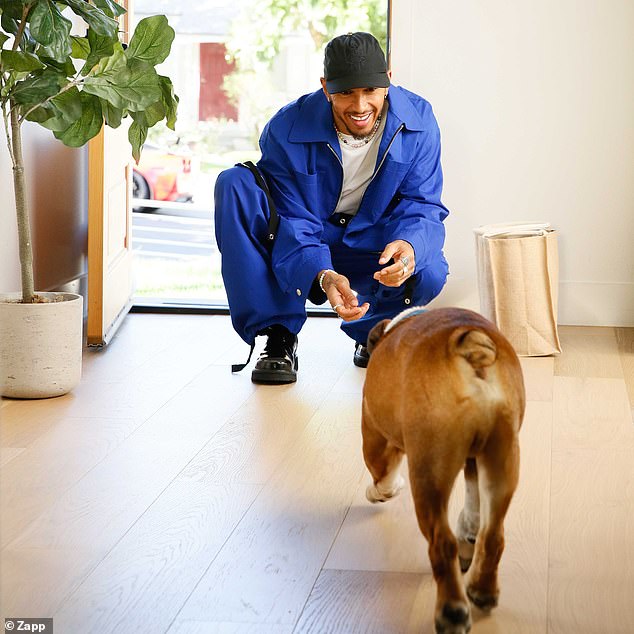 At the end of the advert, Lewis arrives home and is touched by the party his beloved pet has thrown for him 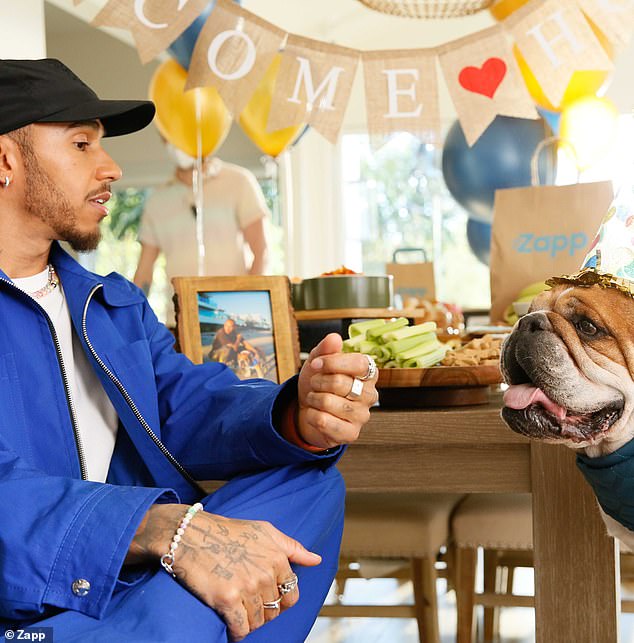 The ad comes amid a difficult season for Hamilton who suffered yet another ill-fated race in the concluding round in Abu Dhabi last Sunday, when his gearbox failed three laps from the finish.

The retirement left him 35 points behind Russell and sixth in the standings to his junior partner’s fourth, with Ferrari’s Carlos Sainz separating them in fifth.

When asked about the discrepancy Wolff said: ‘Irrelevant. They are not racing for a world championship. They haven’t raced for victories apart from Brazil (where Russell won).’