Vegan chef Niki Webster would tackle food poverty by increasing the number of children eligible for free school meals if she were in charge of the nation’s finances.

Webster, known on Instagram as @Rebelrecipes, has shot to fame in response to vegan diets and ‘plant-based eating’ becoming more mainstream. She can command up to £2,000 for a sponsored Instagram post and says she has spent a lot of money dining at Michelin-starred restaurants.

Niki, in her late 40s, tells Donna Ferguson her one luxury is spending £4.50 on a pot of the spicy paste rose harissa, which she uses sparingly because it is so precious. Savvy with her finances, she employs a financial adviser and has invested in property, a pension and a stocks and shares Isa. Her fifth cookery book Around The World Vegan Cookbook is out early next year.

What did your parents teach you about money?

To be fiercely independent, get a good career and not rely on anyone else. My mum left school at 15, which she deeply regretted, and never had much money. Mum was constantly juggling jobs, as well as looking after me and my sister. She worked in a shop, as a housekeeper and in a care home, and was always taking on extra jobs – she had an unbelievable work ethic.

My dad was a manager in a dairy factory. Money was tight. Although we weren’t the worst off people in the world, I could tell that anything special we did was hard for my parents to pay for. They would save up for a whole year to go on holiday, but I didn’t feel my circumstances were different from my peers. We lived in the countryside and I had a lovely childhood.

Have you ever struggled to make ends meet?

Yes. When I left university, I got a graduate trainee job working for a breakfast cereal company. I was poorly paid and had student loans to pay off.

I had to buy a car to commute to work, which meant my income didn’t allow me to repay my student debt. I found it stressful. I took on a part-time job working at a bar, and lived on soup and lentils for a couple of years.

Have you ever been paid silly money?

Yes. In the heyday of Instagram before the pandemic, there were several occasions where I was paid £2,000 for a sponsored post. It’s different now. Companies haven’t got so much money and their expectations are higher.

But a few years ago, I could earn a couple of grand for a day-and-a-half’s work. Typically, the company would send me some products and I would create a recipe around them, take some photos and write a positive caption about it. I am always careful. Even when I’m offered an enticing fee, I make sure I only post about – and recommend – a product I would use myself.

What was the best year of your financial life?

It was 2019. That was when I got my first book deal. I received my advance and did loads of content creation campaigns that year, plus cookery workshops. I probably made around £80,000, which was amazing.

The most expensive thing you’ve bought for fun?

I don’t really buy expensive things, but the amount of money I’ve spent on fancy meals and drinks is ridiculous. I like going to Michelin-starred restaurants – that’s my most frivolous spend. The most expensive meal I had was ten years ago at Heston Blumenthal’s restaurant The Fat Duck, in Bray, Berkshire. It was £250 per person for 15 courses which was a lot more money back then. But it was an incredible experience.

What is your biggest money mistake?

The best money decision you have made?

Going freelance six years ago. Prior to that I was working in food marketing. Even though there are ups and downs in freelancing, I don’t regret it. I love working for myself and I earn more now than I did previously as a marketing manager. I also have more flexibility, freedom and creativity. 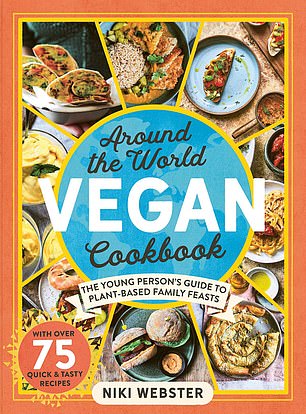 Do you save into a pension or invest in the stock market?

Yes, I do both. I started saving into a pension when I was 30 and employed, so the company contributed. Then, when I went freelance, I was nervous and stopped paying into the plan for a while.

A couple of years ago, I got financial advice and started saving into a pension again. I now pay in around three per cent of my earnings. I do it because having financial security when I’m older is important.

Every month, I also invest in a stocks and shares Isa. Everything is managed by my adviser and I invest in medium-risk investment funds, many ethically focused.

What is the one luxury you treat yourself to?

Rose harissa which, if you have not tried it, is harissa with rose petals in it. It costs £4.50 a pot, so I use it sparingly. It is so precious.

If you were Chancellor, what would you do first?

Tackle food poverty. Food is fundamental to people’s health and wellbeing. In my lifetime, we’ve never been in such a dire situation where so many people can’t afford to eat.

I would prioritise children. If they are hungry at school, they cannot concentrate and poor nutrition in childhood leads to poor health later in life.

In turn, that will create a strain on the NHS. It has a snowball effect on the whole of society. I would increase the number of children eligible for free school meals. It’s awful that so many families are having to use food banks and make unhealthy food choices because they need to buy the cheapest food to feed their family.

Do you donate money to charity?

Yes, to Cat Protection. I’m a huge cat lover and have a little rescue kitten called Dill, named after the herb.

What is your number one financial priority?

Having enough money in my bank account to pay myself for the next six months. Even though I have never had a financial problem since I started working for myself, I’ve always got a slight fear lurking in the back of my mind that things could go wrong. It’s reassuring to know I’ve got enough in the bank to cover the next six months.

Some links in this article may be affiliate links. If you click on them we may earn a small commission. That helps us fund This Is Money, and keep it free to use. We do not write articles to promote products. We do not allow any commercial relationship to affect our editorial independence.

How to Eat Vegan Without Spending a Fortune