PETA Asia’s “Lettuce Ladies” headed to the 2022 United Nations Climate Change Conference (COP27) in Egypt to bare their skin and lay bare the summit’s hypocrisy of serving meat, dairy, and other planet-killing foods. According to the UN’s own recommendations, going vegan is necessary if we are to avoid the worst effects of the climate catastrophe, since animal agriculture is responsible for nearly one-fifth of human-induced greenhouse gas emissions.

Check out these photos of the Lettuce Ladies at COP27: 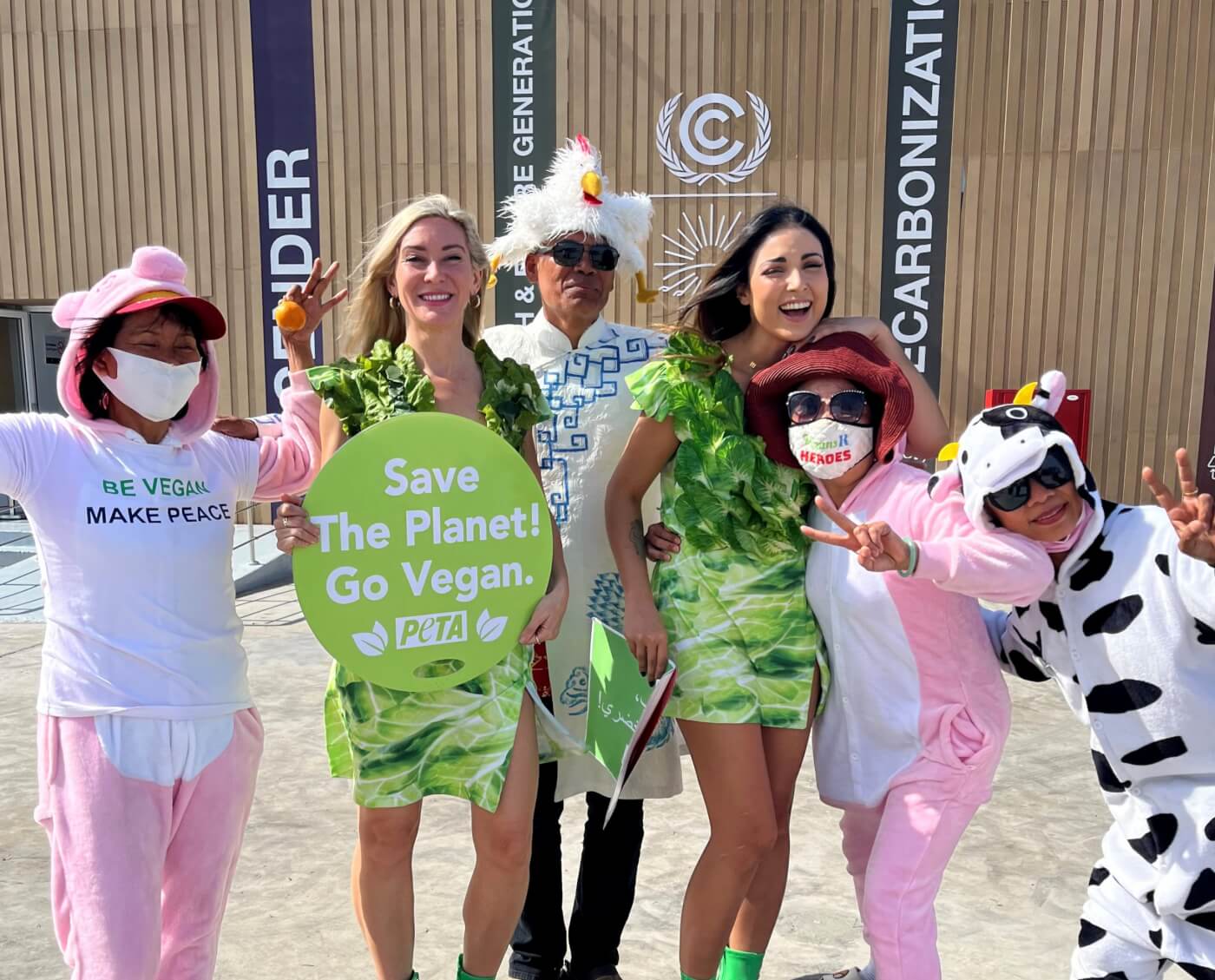 “Would an oncologist take puffs of a cigarette while administering chemotherapy? Because that’s exactly how leaders look when they talk about saving the planet in between bites of meat,” says PETA Director of Outreach Ashley Byrne, who traveled to Egypt to volunteer as a Lettuce Lady. “Double standards are on full display at COP27, and PETA is calling on the UN to go vegan or go home.”

By some estimates, animal agriculture is responsible for more greenhouse gas emissions than all the world’s transportation systems combined. The meat, egg, and dairy industries also use an enormous amount of water—it takes up to 2,400 gallons to produce just 1 pound of beef—while polluting waterways with manure runoff, and more than 80% of all Amazon rainforest land cleared since 1970 is used for raising livestock and their feed, exacerbating the climate catastrophe. In addition to helping save the planet, each individual who goes vegan saves nearly 200 animals every year from daily misery inside a dark shed or on a squalid feedlot as well as a terrifying death under the slaughterhouse knife. 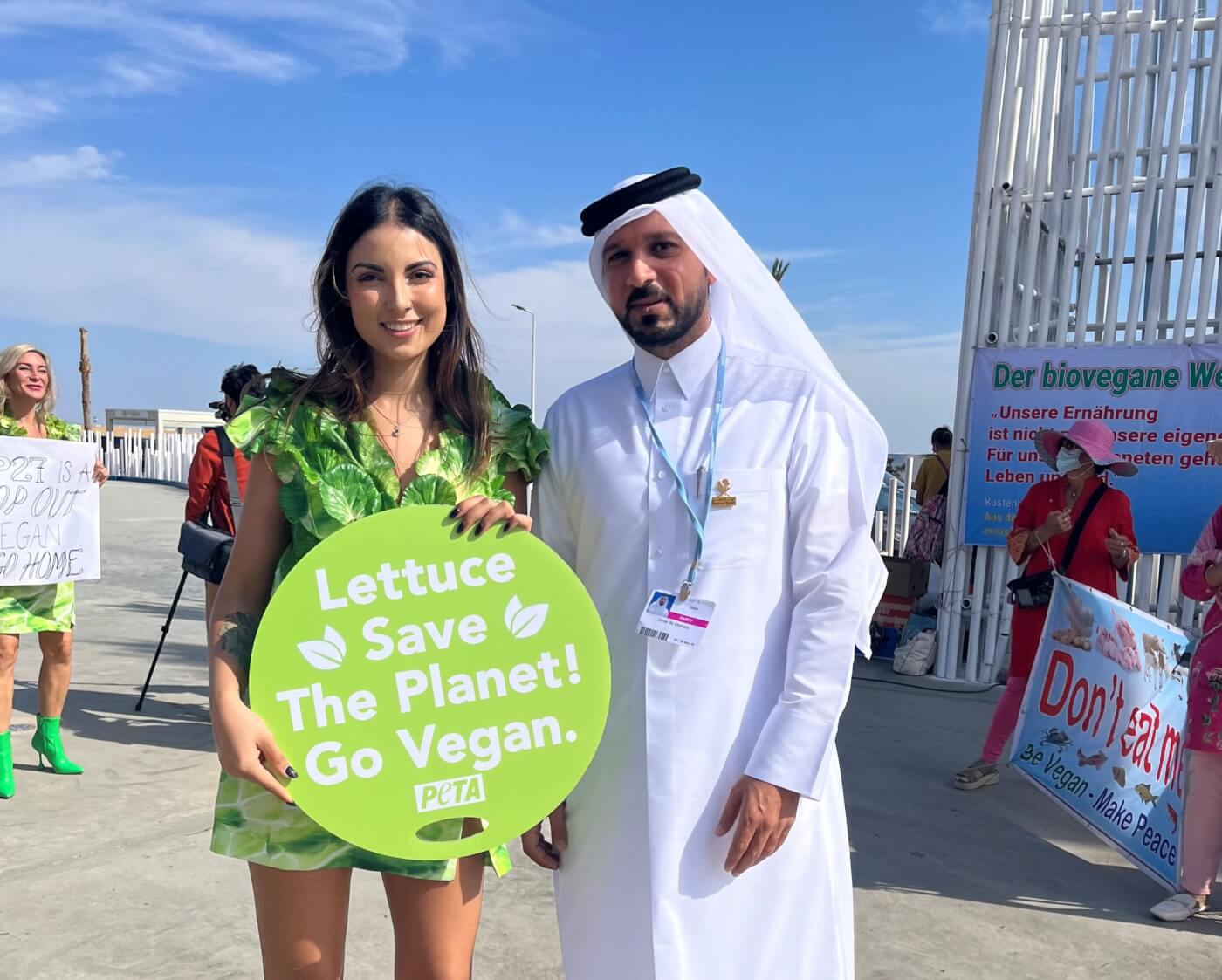 Earlier in the conference, on November 9, PETA’s Christian outreach division sent a letter to attendee Pope Francis I, pressing him to take the first steps toward climate justice by resurrecting meat-free Fridays, including the flesh of fish in his new proscription, and excommunicating Catholics who eat animals.

Want to do your part to help animals and fight climate change?

Go vegan with the help of a free vegan starter kit.

What I *Actually* Eat in a Week | Simple, Realistic Vegan Meals

What’s a vegan Rattler to do? – The Famuan