Veganism on the rise among health-conscious in Japan

Vegans in Japan are finding life much easier with a wide variety of foods to choose from, including specialty items such as “pork bone” ramen and even “cheesecake.”

Behind the trend is a growing health awareness among people who want to avoid high-fat foods and advances in veganism technology in producing meat alternatives.

“There isn’t a food that can’t be reproduced,” said an official of the Japan Vegan Society.

In the strictest sense, a vegan does not eat any foods derived from animals, such as meat, eggs, dairy products or even honey. Vegans also typically avoid the use of animal products.

At its outlet in the Lumine Est Shinjuku shopping center in Tokyo, Ippudo, a nationwide Hakata ramen chain, offers a plant-based “tonkotsu” ramen — a “pork bone-style ramen.” The broth of the conventional noodle dish, an original from Fukuoka, southwestern Japan, has a pork bone base. 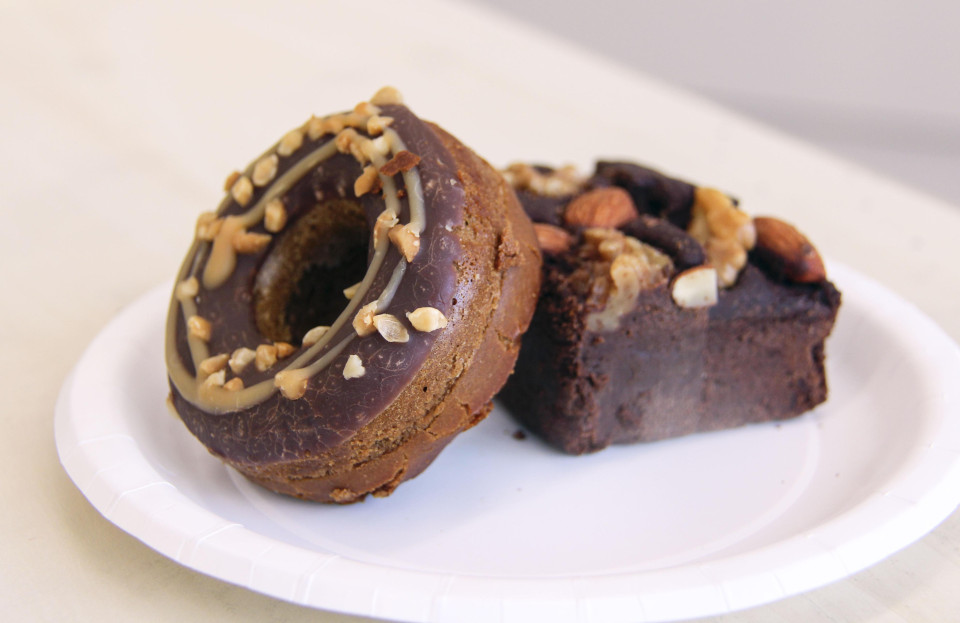 The ramen served exclusively at the Ippudo restaurant in Shinjuku looks and smells like the genuine article but uses no ingredients derived from animals. Instead, the broth is made from soybean milk mixed with a special oil, while the “chashu” braised pork combines soybean meat, lotus root and other ingredients.

The shop’s tonkotsu-style ramen “is not only free of animal meat but also delivers taste” and is “popular with people irrespective of age and gender,” said Hidenobu Tomita, in charge at Chikaranomoto Holdings Ltd., which operates the nationwide ramen restaurant chain.

Upbeet! Tokyo produces gluten free donuts, cheesecakes and other sweets using no eggs or butter. Vegan food is attractive because “people of different values can enjoy it together,” said the company head Nozomi Jinguji.

In her previous occupation as an airline flight attendant, Jinguji experienced a variety of dietary cultures around the world. With a desire to “convey the joy of food,” she quit her job in search of food that everyone can enjoy, regardless of their religious and cultural backgrounds. She settled on vegan cuisine.

In 2018, she founded Upbeet! Tokyo, which now supplies vegan sweets to department stores, supermarkets, convenience stores and other retailers. The company uses fermented soybeans as a cheese alternative for its cheesecake, which is in popular demand.

While some vegans do not eat meat for religious reasons, veganism is becoming popular as a part of people’s diets in some countries. 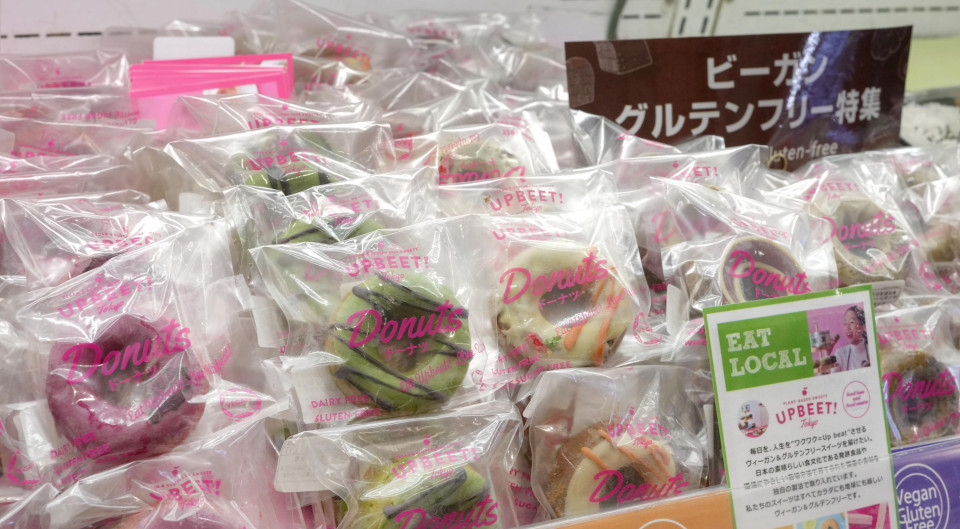 The selection of Tokyo in 2013 to host the 2020 Summer Olympics and Paralympics and the anticipation of visitors from abroad with various dietary practices is one reason veganism spread in Japan.

Many people who eat meat have partially adopted veganism in their diet, enjoying it in a relaxed way. They also hope to avoid lifestyle-related diseases and are concerned that increasing meat consumption contributes to global warming.

Likewise, the practice is getting a boost from advances in plant-based food technology.

For example, it is already possible to produce meat alternatives from soybeans or wheat, among other ingredients, and butter substitutes from soymilk or coconut oil.

It is unclear how many vegan restaurants exist in Japan. But Mayumi Muroya, a model and actress who heads the Tokyo-based Japan Vegan Society, said she has visited some 3,500 restaurants with vegan menus, mainly in Japan.

“Vegan meals are good for your health and the environment. I recommend people have fun and try them,” Muroya said.