Robyn Lawley’s plea for people to eat vegan – not bugs

Eight billion people currently reside on our planet earth. Ten billion people projected by 2050. Food scarcity and food security are often our main topics of concern and for good reason.

We obviously know we cannot sustain our current practices. Well, some of us.

READ MORE: Why we’re on the brink of a nationwide hot chip shortage

With our precious resources dwindling and an erratic climate, we need food that doesn’t strip our world of its nutrients and power to rehabilitate, but rather works with our eco-system and promotes sustainability and growth.

Turns out the next food group governments are pushing and trialing come with many legs or none. The industry of farming insects has been around for quite some time already. Feeding our huge supply of farmed fish for example is a $100 billion industry.

There are many different insects raised for slaughter.

A lot of these insects have been eaten for centuries before and definitely when there is food scarcity.

Cricket farming is taking front and centre. It’s now being industrialised into mega farms. These mega farms are able to produce up to 50 million crickets a week for slaughter. It’s often used for commercial animal feed (to feed the billions of animals we raise for slaughter), added to pet food or made into ‘cricket protein powder’.

Mopane Worms (giant fat juicy looking caterpillars) are being tested and fed to orphaned children in Gwanda, Zimbabwe to see if they help with the nutrition deficits, they test via putting the worms into their porridge.

Interestingly the farming of crickets for example still requires a lot of resources, however their claim is often ‘we use significantly less water than raising cattle for beef’.

Many of the farms of any kind of bug or insect, state the same. However just because it’s less than beef doesn’t mean we should push the industrialisation of creepy crawlies.

Similarly to bugs, mushrooms can make food from waste.

Mushrooms are often a food item that people love or hate. However nutritionally wise, mushrooms pack a punch!

Mushrooms have about 15 vitamins and minerals, including vitamin B6, folate magnesium, zinc and potassium. They’re also rich in antioxidants and protein.

The best feature about mushrooms is that they are considered to be the most sustainable vegetable!

It uses the least resources but gives the most out of our food supply.

I am plant based for health reasons, however I am vegan for the ethical treatment of animals. And if you’ve ever stepped into a factory farm you know deep into your core that is not right for the animal, or our precious planet. And raising insects is a band-aid on the situation. Going vegan is the answer.

For a daily dose of 9Honey, subscribe to our newsletter here. 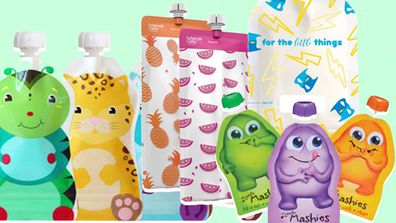